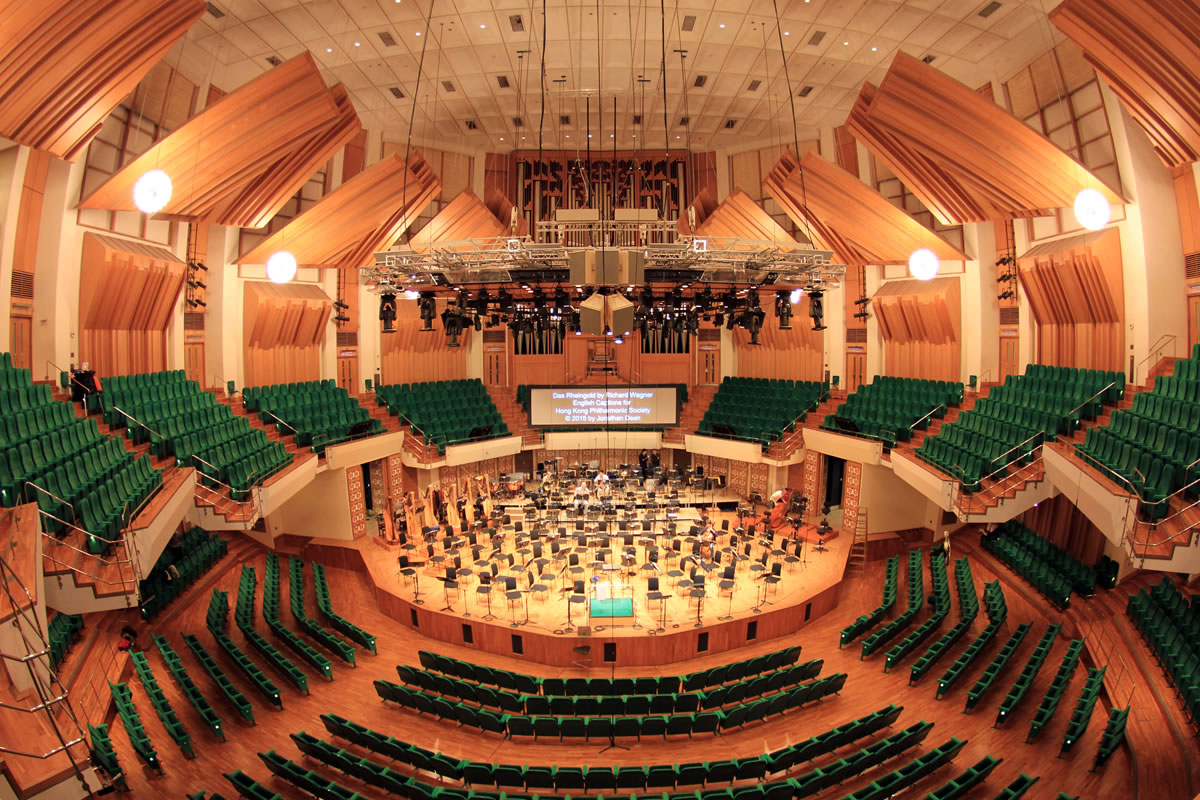 Phil Rowlands has recorded some of the most renowned classical musicians and orchestras from around the world. Working as both a producer and engineer, he regularly fulfils both of these roles, such as on the recent session he’d just returned from in Mexico, recording the Jalisco Filarmonica, when Synthax Audio UK caught up with him for lunch (in a hotel in Heathrow airport). Although he often works alongside a local recording/engineering company who supply the session with equipment, Phil has found a need to take critical parts of the system with him to ensure the reliability of the recording, including some choice pieces of RME hardware.

Along with being an accomplished musician himself, Phil also has a long-held interest in mathematics and physics, choosing to study the Tonmeister course at the University of Surrey, which allowed him to combine these topics. It was through the course that he was able to land a placement at Abbey Road Studios, where he met many renowned classical engineers and producers including Tim Handley and Andrew Keener, from whom Phil learnt a great deal.

This led to Phil being taken on by Tim Handley as an editor after university, which started him on the path to becoming the respected producer and engineer that he is today.

Under Tim’s stewardship, Phil began working with the classical record label Naxos Records, making recordings of, amongst others, the Royal Scottish National Orchestra. Whilst technically a freelancer, Phil worked predominantly with Tim until around 2002, before starting to branch out more on his own, becoming one of Naxos’ producers of choice (he still works with Tim every so often, recording Brahms Symphonies with the London Philharmonic Orchestra and Marin Alsop, and more recently recording with the Ulster Orchestra and JoAnn Falletta). After many years of working alongside a host of different producers, Phil has acquired a vast amount of experience in recording and mixing to the high standards demanded by the classical genre. 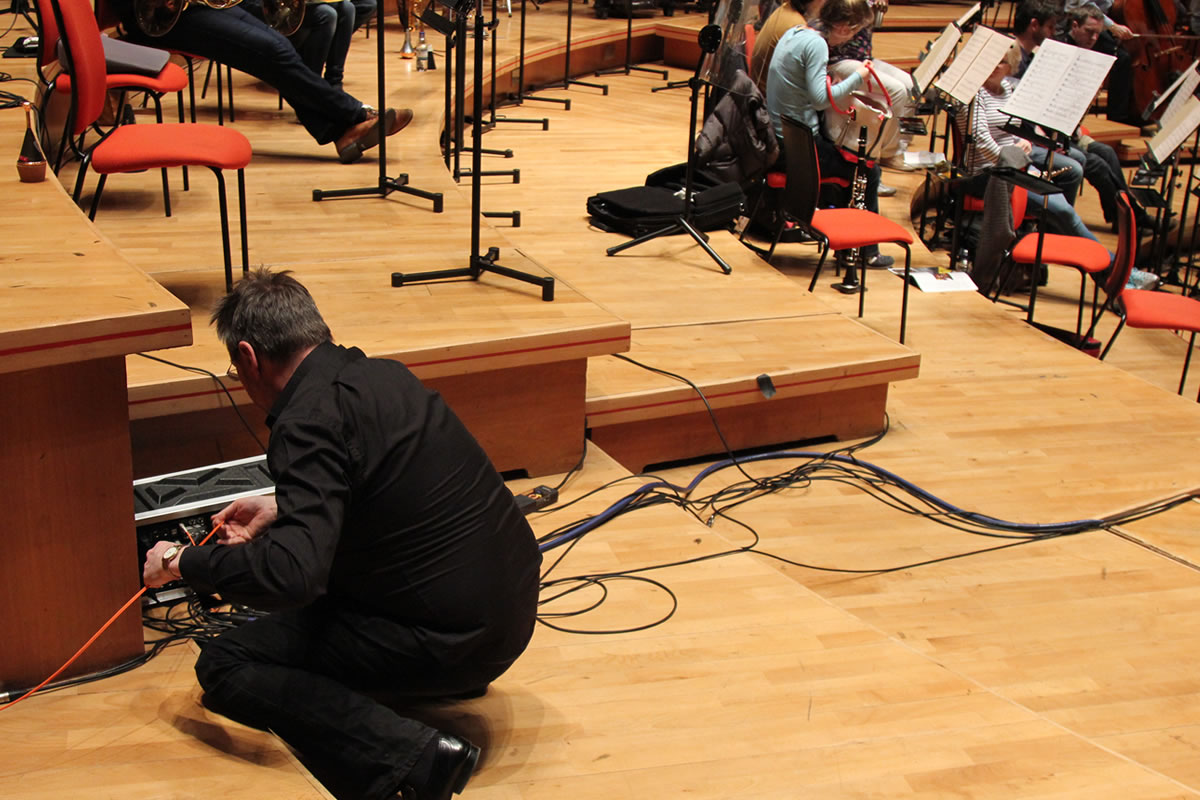 Phil setting up to record via MADI

When Phil first started recording he was using DAT’s, which were transferred to a computer and edited with Sonic Solutions. He later moved on to using SADiE, and then to Pyramix software too. By making the transition to Pyramix, Phil was able to make use of third party hardware, and this is how he came to use RME.

Phil told us how he was particularly impressed with the DURec function of the RME Fireface UFX, which allows for a simultaneous recording to be made straight to an external hard drive or flash drive as a backup via USB. “I’d tried a few things and found them wanting, but then I discovered RME’s Fireface UFX with DURec. I was recording with Roxana Panufnik and the London Mozart Players in Croydon, and due to a technical error, half a session got deleted right at the end. Fortunately, our bacon was well and truly saved by the DURec backups!” 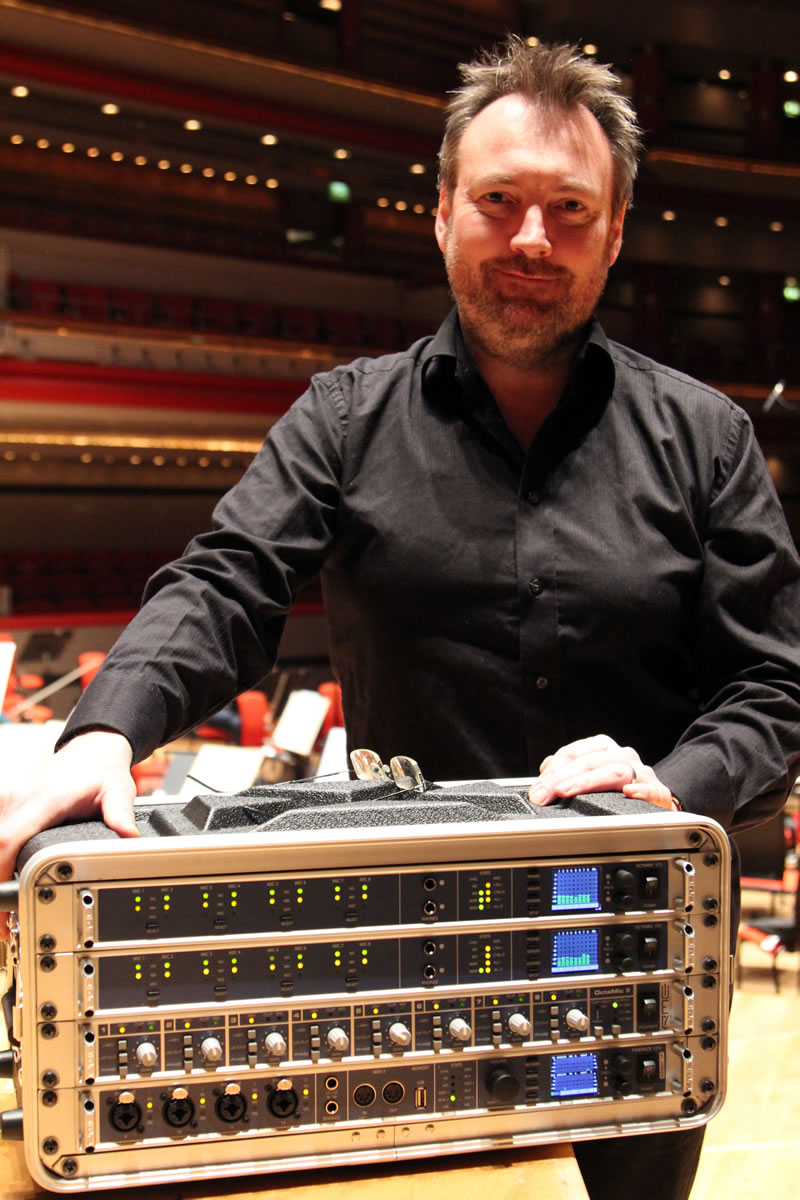 Phil with his rack of RME – 2x RME Octamic XTC, an RME Octamic II and an RME Fireface UFX

In January 2015, the opportunity arose to record the Hong Kong Philharmonic with Jaap van Zweden conducting and Matthias Goerne singing. The piece was Das Rheingold, the first part of Wagner’s Ring Cycle, which is to be recorded in full from live concert performances mounted over the next four years. Klaus Heymann, the head of Naxos Records, had agreed to issue it, and knowing that Phil is a big “Wagnerite”, he recommended Phil to the orchestra to record it.

For this project, Phil was both engineering and producing, with a local team to help set up, and so he needed to take his own trusted equipment along with him to the other side of the world. Up to this point, Phil had been primarily using 2 Fireface UFX’s in tandem, giving 40 inputs along with some extra mic preamps. This required the use of an analogue multicore cable, which he’d always had to hire in because of their weight. It was on this concert however, that Phil chose to experiment with RME’s MADI options, which provides very high channel counts in very small and portable solutions. Using his own RME MADIface XT, he was able to record the production’s close string mics with a set of RME Octamic XTCs, which were provided by the distributor in Hong Kong. Of the Octamic XTCs, Phil says “Once I’d seen them in action I decided it was the way to go, and I now own 32 channels’ worth myself. It’s just such an easy solution to these super-complex jobs.”

Regarding the setup and recording process for the Ring Cycle, Phil told us, “the Wagner recording required 64 channels, with lots of single mics across the front of the stage to capture a concert performance. It was quite complex to mic up, with anvils (used as an effect in the Ring Cycle) and Rhinemaidens (characters in the performance) offstage in the wings. The XTCs were mounted in the trussing, with close string mics hanging down from them. About 60 mics in total, and some reverb returns. It all went into a Studer mixing desk, which we split and had recording redundancy to (DAW) Reaper.”

Phil took one Pyramix with him as his main recording system, and also a single Fireface UFX capturing a 16 channel stem mix onto SADiE, routed from the Madiface XT via an RME MADI to ADAT converter. When he arrived back in the UK he created another 24 track stem mix, using his faithful Lexicon 960 for post production duties at his home studio. The record is due for release this Autumn, with the second instalment, Die Walküre, scheduled for recording in January 2016. 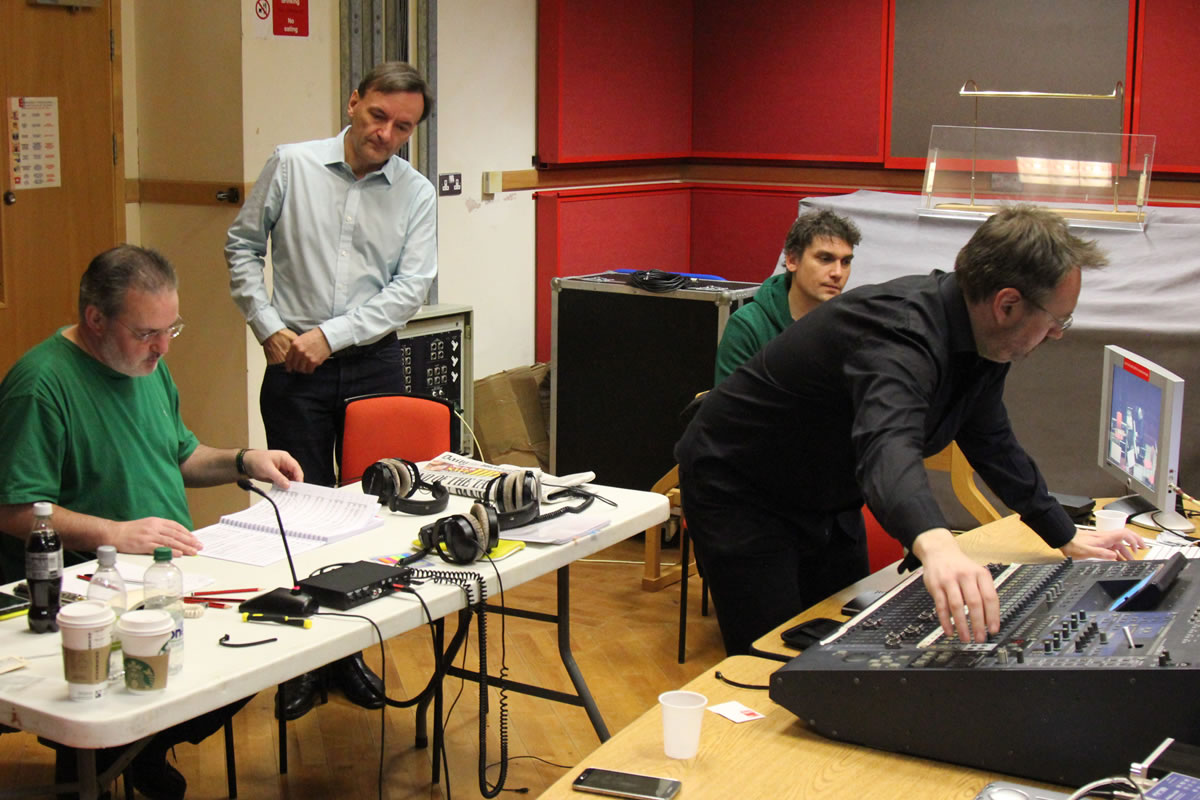 Recording Stephen Hough at the Symphony Hall in Birmingham

On the 18th and 19th March 2015, Martin Warr of Synthax Audio UK met up with Phil at the Symphony Hall Birmingham to attend a recording of the distinguished pianist Stephen Hough performing Dvorak’s Piano Concerto live in concert, with the conductor Andris Nelsons and the City of Birmingham Symphony Orchestra for Hyperion Records.

This was the first time Phil had used his full RME MADI system, comprising of 3 x Octamic XTCs and a Fireface UFX (going in on ADAT to one of the Octamics to provide additional channels).  The recorded signals were fed to the control room via a 50m MADI cable, with Phil controlling the gains of the Octamic XTCs fully remotely, using RME’s MIDI over MADI.

Phil explains, “the beautifully small and light MADI cable is then routed back to the control room – which is actually the Symphony Hall’s piano store – where you are surrounded by shrouded Steinways! We recorded the rehearsals and two live performances. It’s going to form the second part of a disc, complimenting the Schumann concerto recorded back in November 2014, which has been commissioned for release by Hyperion records.”

Once the MADI stream reached the control room it was connected to Phil’s MADIface XT, which was connected to the Pyramix system to capture the master raw files. The MADIface XT was then used to send an identical MADI stream to an RME ADI-6432 (a MADI to AES converter), which in turn fed into a Yamaha O2R96 digital mixer. This gave Phil control over the faders, allowing him to create a stem mix for the producer Tim Oldham, which was sent to another Fireface UFX for recording. 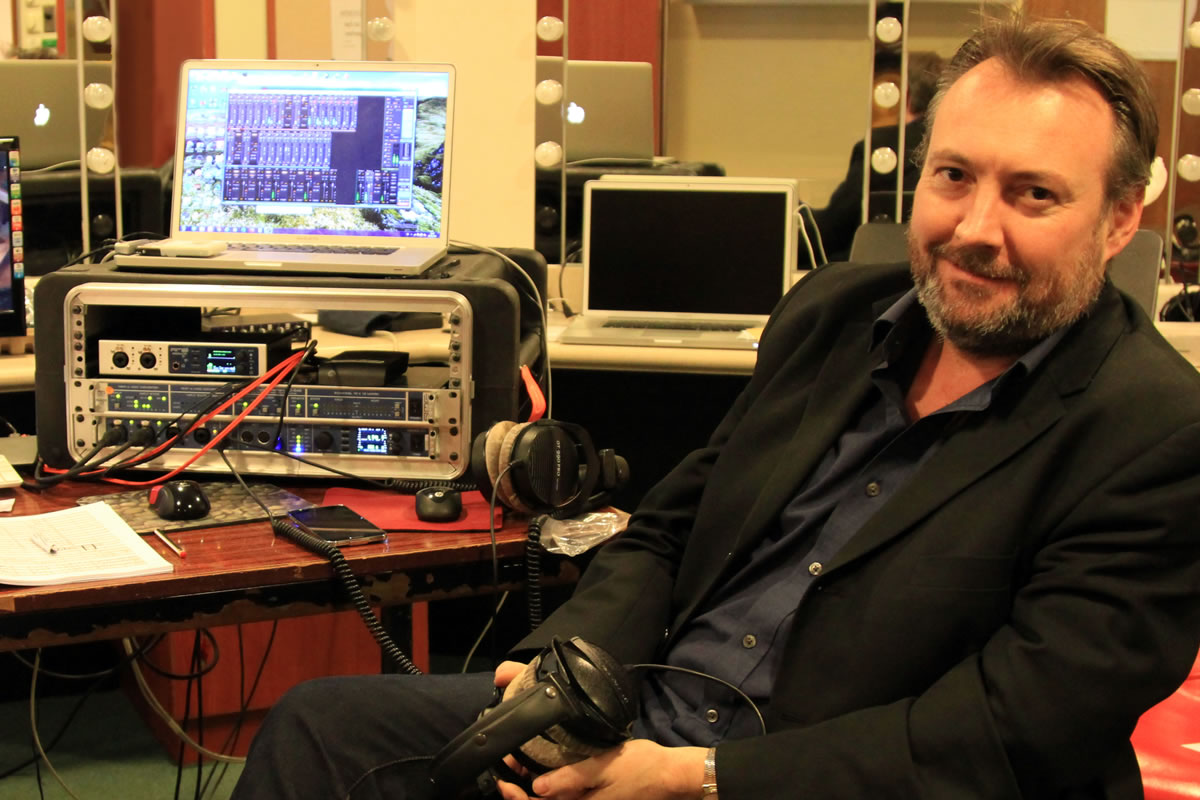 Phil Rowlands with his RME suite

Since acquiring all the pieces of his full MADI solution, Phil says the system gives him “reliability, convenience and sound quality in one package. The reliability is second to none, and I’ve found it to be incredibly convenient since introducing the MADI components. RME is totally unfussy, and just works – it’s always best to have something that you can trust and you don’t have to think about. RME gives me that. The minute you’re thinking about the technology, you’re not thinking about the music anymore.”

Our thanks to Phil Rowlands.

To find out more about the MADI protocol, click here.