Home Latest Why pop filters are important for a quality recording

Why pop filters are important for a quality recording 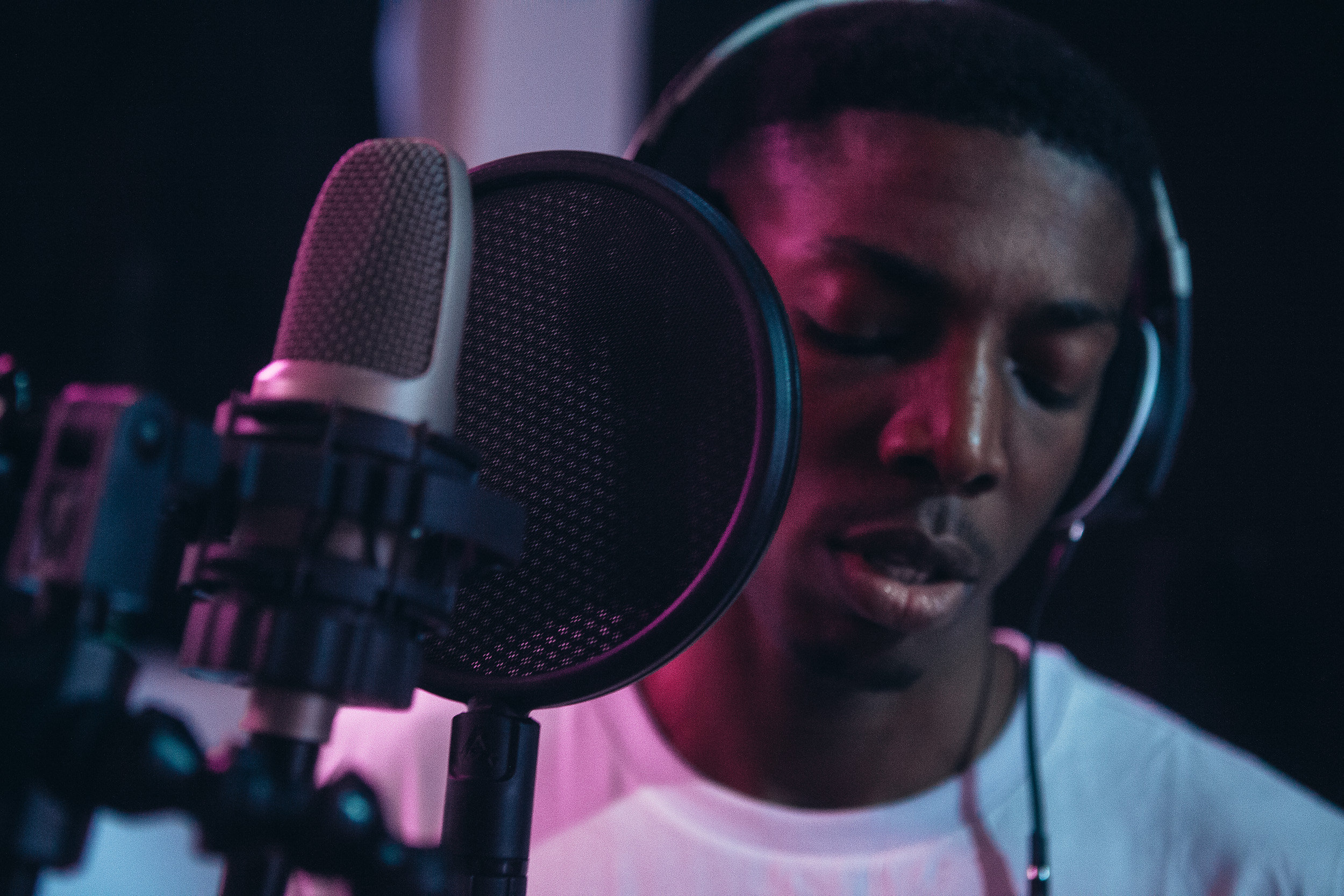 The pop filter is an often overlooked part of the recording puzzle. Despite its simplicity, this humble device provides several benefits that make it an extremely useful recording tool. If you’re a singer, musician or studio engineer, chances are you’re already familiar with the pop filter, but they’re equally useful to just about anyone who regularly records speech or vocals.

Youtubers, vloggers and animators; voice-over artists who record audio books, dialogue and ADR; and even sound designers and foley artists; whatever it is that you’re recording, you’ll find the pop filter to be a very effective tool to have in your studio arsenal. Adding one to your recording chain not only improves the quality of your recordings, but also helps to protect your microphones from damage too.

There’s a wide range of filters on the market, with varying levels of sonic and build quality. And as with all things studio related, you’re far better off spending a bit extra on a quality product, so that you’re not left disappointed or frustrated. Many engineers will tell you that a pop filter that doesn’t hold its position, or a clasp that keeps breaking and needs replacing, is a surefire way to cause frustration in the studio. A good pop filter is one that you can set up quickly and painlessly, so that once it’s in place you can just forget about it, and get on with recording that perfect vocal take. 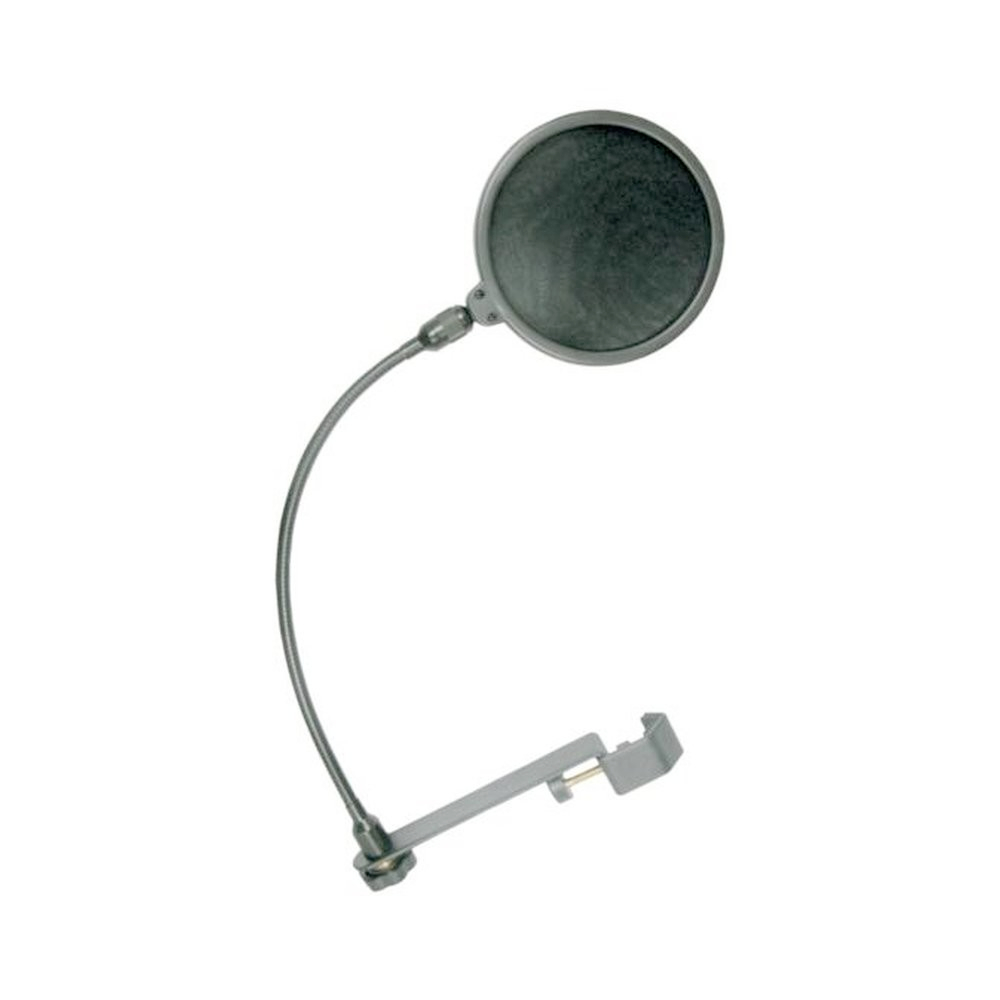 What is a pop filter?

Put simply, a pop filter, also known as a pop shield or pop screen, is a piece of material that you attach to your microphone stand, positioning the shield in between the microphone and the sound source.

They are also sometime mistakenly referred to as a microphone windscreen or windshield – a similar device that’s primarily used by location sound recordists, for reducing noise from wind when recording outside. You’ll likely recognise windshields from their use by TV or film crews – either the traditional foam type, the metal ‘blimp’ style, or the fabric variety often known as a ‘dead cat’.

What can a pop filter do for your recordings?

A pop filter is one of the simplest ways you can improve the quality of your vocals. They help to reduce the effect of what are known as ‘plosives’ – explosive consonants, such as ‘p’ and ‘b’ sounds. Words that start with these letters tend to produce a burst of air, which your microphone’s diaphragm will pick up, and causes your input level to spike. The result is popping sounds in your recordings, or even an overloaded signal with resulting distortion. 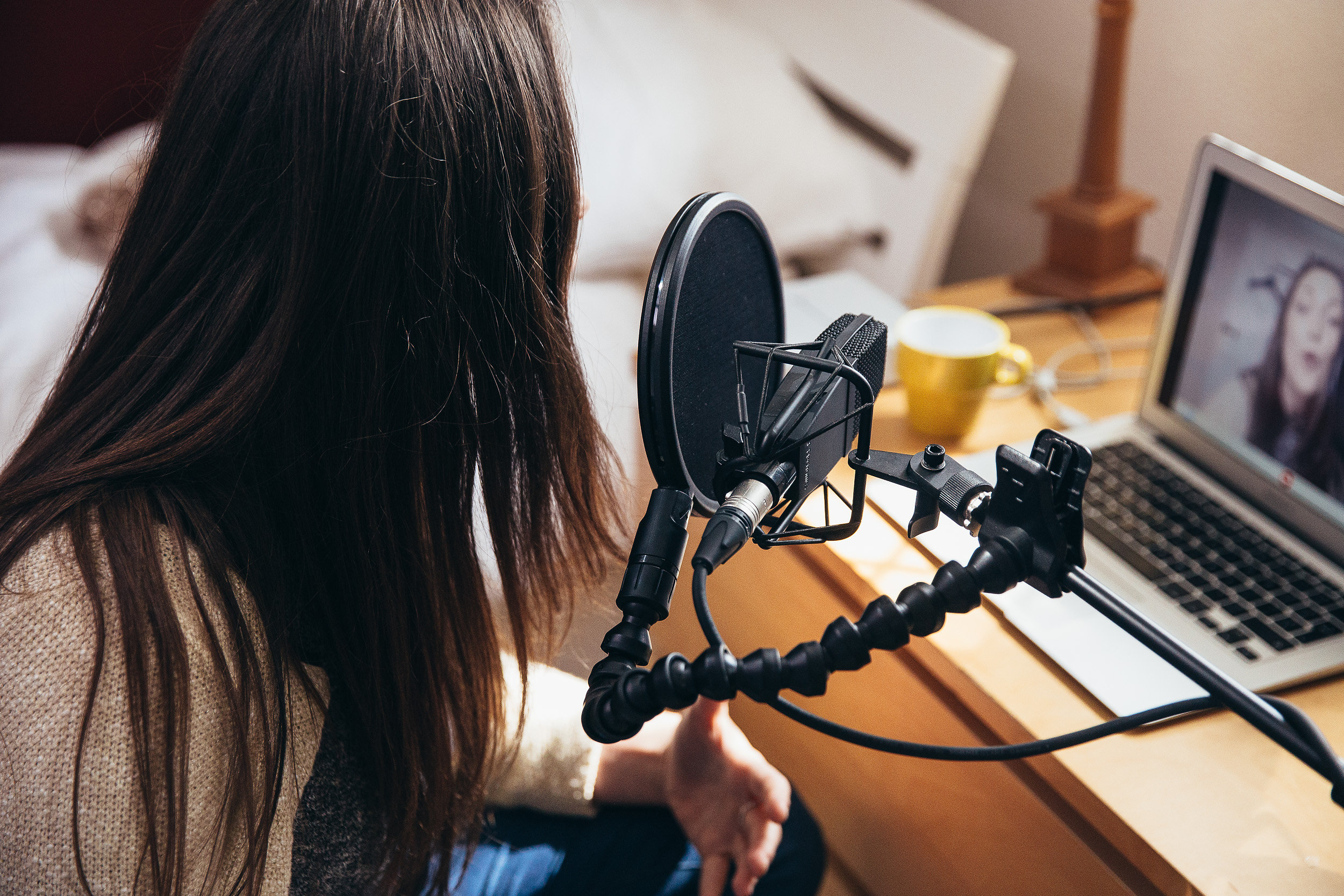 The pop screen counters this effect, hence the name! As the words are spoken and these bursts of air move towards the microphone, the air molecules become dispersed and broken up by the fabric, preventing these bursts of air from having an impact on the microphone’s diaphragm. To further improve the effectiveness, many pop filters are designed with two layers of fabric placed a small distance from one another. This provides a second layer of protection – anything that breaches the first layer is caught by the second. It’s important to note that you need to leave a few inches of space between the pop shield and your microphone, as there needs to be a mass of air in between to be fully effective.

As mentioned previously, there are some other added benefits to using a pop shield. The main one is the protection they provide to your microphone, which will help to greatly extend its lifespan.

When a person talks or sings into a mic, there will always be some combination of moisture, saliva and dust being forced into the microphone capsule. The components inside a microphone are very delicate, and if you’ve spent good money on a high quality microphone, the last thing you want is damage from moisture settling in the capsule. Over time this can even lead to mould growth – unpleasant, unhygienic, and damaging to your precious mic! 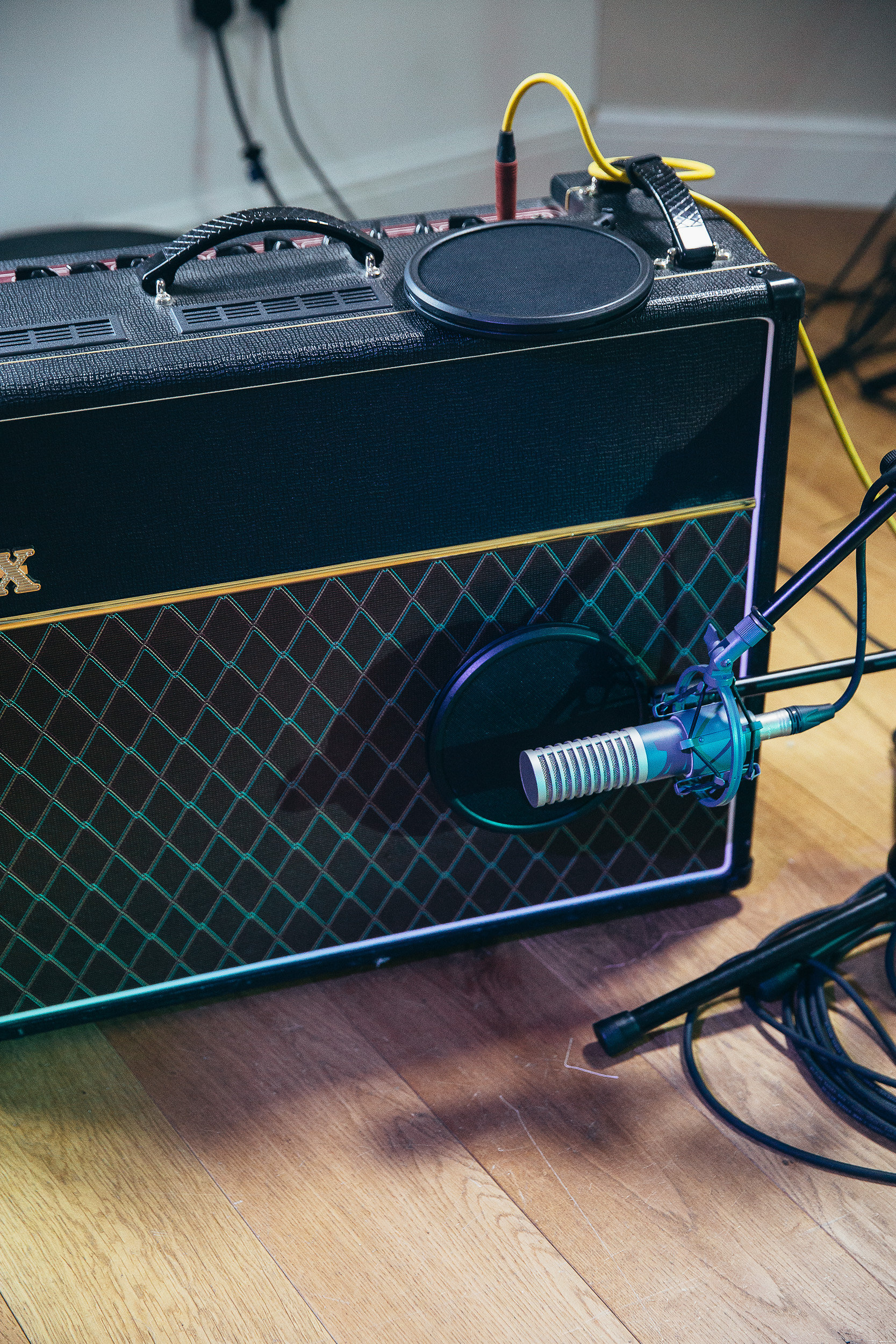 Fortunately, pop filters are generally easy to clean – a good soak in hot water with a bit of non-abrasive cleaning product is all you need. This gives you the added bonus of knowing you won’t have any hygiene problems when your mic is being shared by multiple singers.

What to look for in a pop filter

One of the main complaints of studio engineers is the fact that the arm itself on a pop filter can tend to sag over time, and the filter refuses to stay in place anymore. Not only is that a very frustrating problem, it’s also using up valuable studio time!

Therefore, spending a bit extra on a pop filter with a strong and flexible arm is highly recommended, so that once you’ve set it up to your liking, you can trust that it will stay exactly where you want it to be. It also helps if the clamp is strong, and a squeezable clamp is preferable to a screw-based fixing, as those take more time to set up, will often leave marks (or even damage) to your mic stands, can be fiddly, and will often weaken over time.

Replaceable filters/screens are also an excellent idea. That way if there’s even damage to your screen, you don’t have to replace the entire thing, just the filter itself. It also allows you choose the right material for the task at hand, making your filter adaptable to other situations, such as taking it out on the road with you.

As you can see, a good quality pop filter should be at the top of everyone’s studio kit list. Not only will you see, or hear, improvements to the quality of your recordings, but you’ll also help to vastly increase the longevity of your microphones. Instead of having to pay to have your mic cleaned, or replaced, you can simply clean your pop filter every so often – simple! 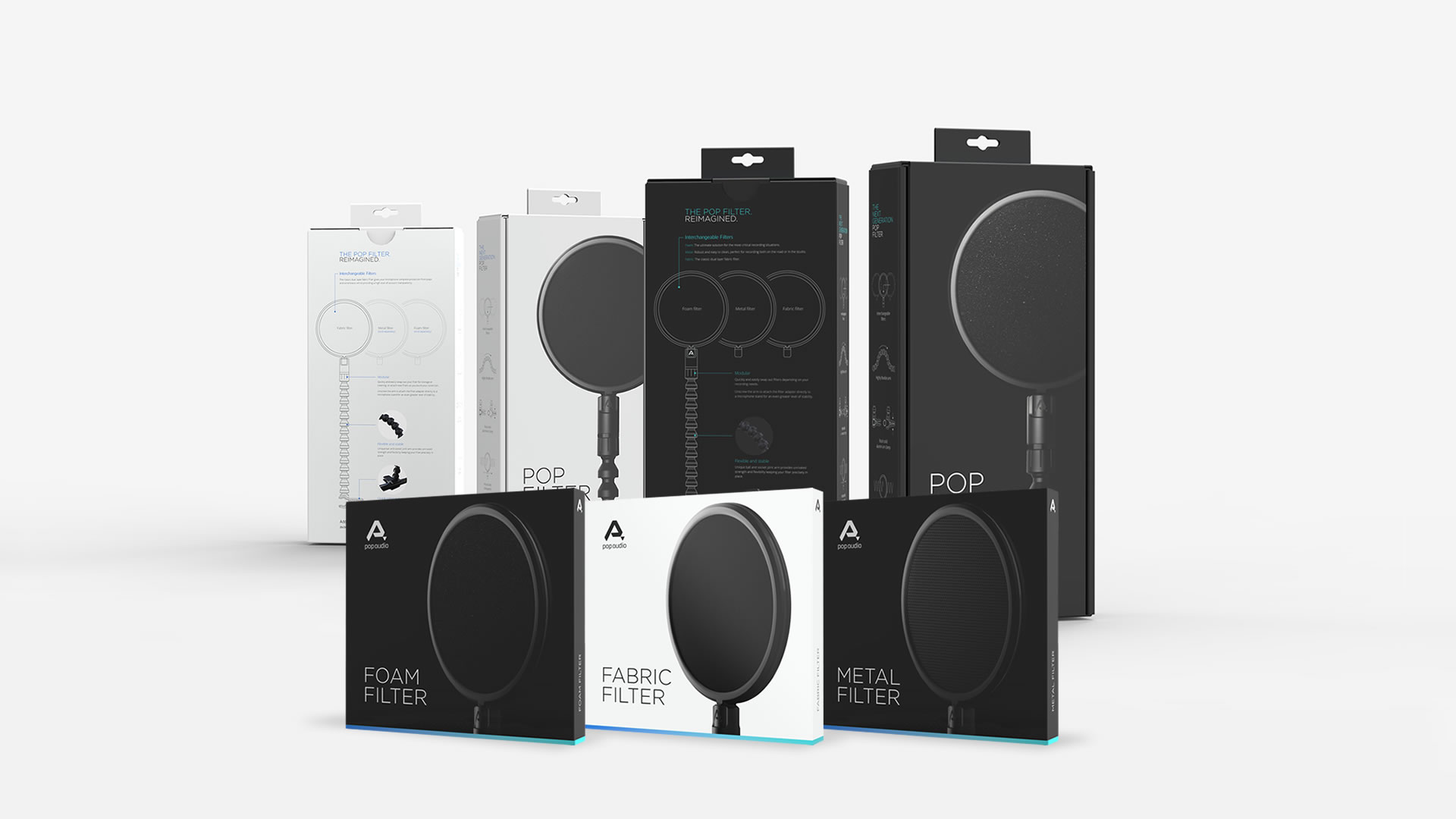 Like all things studio related, it’s worth spending that bit extra on a quality pop shield – one that’s built to last, is suitable for multiple occasions, and performs exactly as you need it to. We highly recommend the range developed by Pop Audio, which feature a very strong and flexible arm, has replaceable filters, and a strong clamp that can be clipped to pretty much anything – ideal qualities that we’ve discussed in this article.

In short, look for a quality product that suits your needs and won’t need replacing. This will allow you to just set it up and forget about it, so that you can get straight on with making quality recordings.