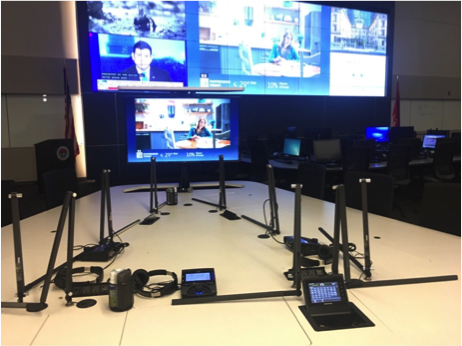 The myMix personal monitor was originally designed to provide musicians with control over their own monitor mixes during live performance. From recording studios such as The Shrubbery in Suffolk, to large-scale live events like Pete Tong’s Ibiza Classics Tour (performed alongside the 65-piece Heritage Orchestra), myMix is a simple yet powerful monitoring solution that’s easy to use, and scalable up to 500 channels of audio.

The architecture also lends itself well as a comms or shout system, and as such County officials in the US state of Tennessee are now employing mymix as an emergency communications system for use during a disaster or crisis.

The Emergency Operations Center (EOC) in Williamson County, located just south of Nashville, serves as a central hub for police chiefs, fire chiefs and local mayors to gather important information during a crisis or disaster emergency, as well as other large-scale events. Each table in the EOC’s main room features three myMix units supplying audio to individual headsets, with a wall of televisions displaying various visual feeds.

Sean Cothron, IT Systems Administrator for the Emergency Management Agency in Williamson County, explains. “The myMixes allow someone in the EOC to easily listen to what’s on one news channel by just grabbing the headset and not disturbing the whole room,” said Cothron, who added that as of last month, the delivery of radio traffic from law enforcement and fire protection has also been added into the network. “It’s great because I can turn those radios to whatever frequency I need for a specific event.” 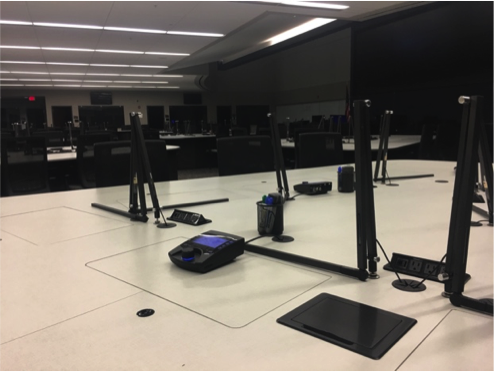 A Reliable Solution When it Counts

The Williamson County EOC’s AV metrics includes 16 feeds for both computer and televisions. Three stations with nine chairs are set up in the Emergency Operations Center and each station features one myMix unit.

“The ability for the user sitting in the chair to get the resources that they require and help them respond to the public’s needs is critical,” Cothron said. “It’s great because we’ve never had any type of system like this before we installed the myMix units.”

The myMix units were put to the test last summer when tornadoes tore through Williamson County.

“We had a lot of upper-level command people, like the police chief, fire chief and mayors here,” Cothron continues. “They were running the event from that room and communicating and taking communications from people in the field and sharing that information with the room so everyone had situational awareness about what was happening.”

The myMix is essential to delivering radio feeds to key personnel in the EOC as Williamson County’s Office of Public Safety building is constructed to withstand a direct strike from an F5 tornado or large earthquake. As a result, radio signals cannot penetrate the structure, so Cothron said without the myMix it would be nearly impossible to get the signals into the room.

According to Cothron, the myMix units are used during “any big event that’s affecting the community in a positive or negative way.” As a result, the myMix system played a key role during this year’s annual Williamson County Fair, which is held for 9 days each August. As the second largest county fair in the state, the myMix delivers critical radio communications to the Emergency Operation Center’s tables, providing situational awareness and interoperability direct to key decision makers.

“The myMixes provided them with the information that gave them the ability to direct resources as they became needed,” Cothron said. “This could have been more personnel or more equipment.” 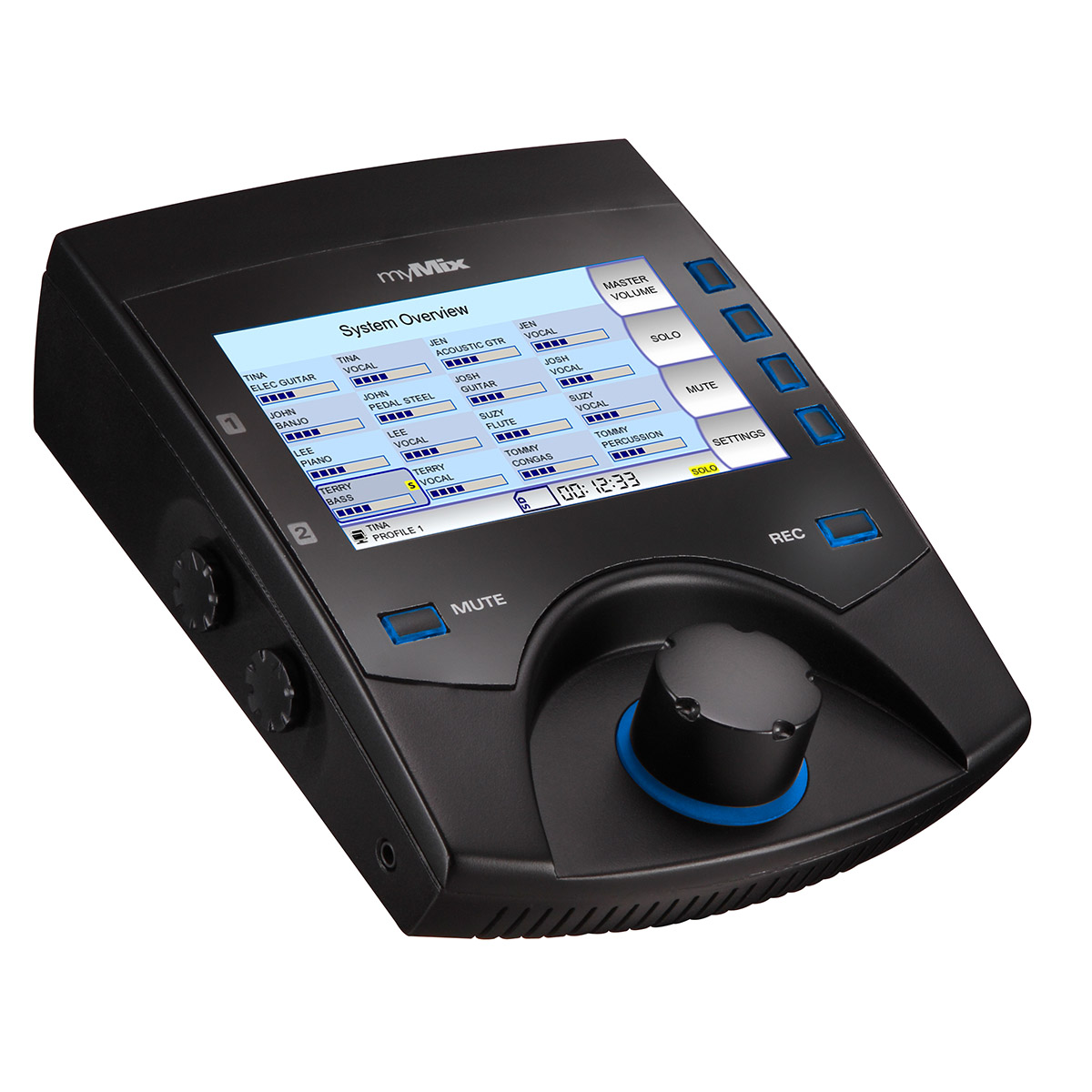 In addition to installing myMix units in the Emergency Operations Center, Cothron has placed three units in the county’s policy conference room.

“It’s helpful to have units in this room because depending on how large an event is, there could potentially be users in this room as well,” Cothron explained. “Thanks to the location of the policy conference room, they can see the wall and listen into radio traffic even when they aren’t in the EOC.”

“I’m blown away by the capabilities of these boxes,” he said. “It’s very cool what you can do with it. And while we aren’t using it for its designed application, it’s still a critical component for us at the EOC.”

Find out more about myMix

myMix is a personal monitor mixing and recording system. Each myMix mixer features local network inputs and outputs, and can operate either self-contained, or integrated with any analogue or digital mixing consoles for systems as large as 500 audio channels. With optional SDHC cards, each myMix can record up to 16 audio channels as 24-bit wav files, which can be used in any DAW or played back and remixed within myMix.

Thanks to its ease of use, myMix is ideal for on-stage performances, recording studio monitoring, as well as installed applications such as houses of worship.