Last month we announced the release of RME’s new mobile audio interface, the RME Babyface Pro FS. And with our first batch having now arrived in the UK, we thought we’d put together a quick unboxing video to give an overview of this small but extremely powerful studio hub for Mac, PC and iOS.

Whilst the main changes to its predecessor are to be found under the hood, there’s been a couple of additions to the body of the interface – namely the addition of a Kensington lock port, along with a dedicated switch for added control over the main XLR output pair.

Check out our unboxing video below for a full introduction to RME’s latest masterpiece of German engineering.

Clean up your signal with RME SteadyClock FS

Since its inception in 2004, RME’s digital clocking technology ‘Steadyclock’ has frequently been cited as one of the best quality wordclocks of any audio interface manufacturer. With the introduction of the RME ADI-2 Pro FS, RME raised the bar once again by bringing the accuracy into the realm of the femtosecond. And now with the release of the Babyface Pro FS, this technology has for the first time been implemented into one of RME’s premium audio interfaces.

Accurate clocking is essential for high quality audio on both the A-D and D-A conversion. What’s more, when connecting older digital / vintage equipment, the Babyface Pro FS can be used as the master clock, helping to clean up the audio signals of older devices. This can help breathe new life into your vintage classics, taking the sound quality to new heights, and allowing you to capture their character in full, modern detail. 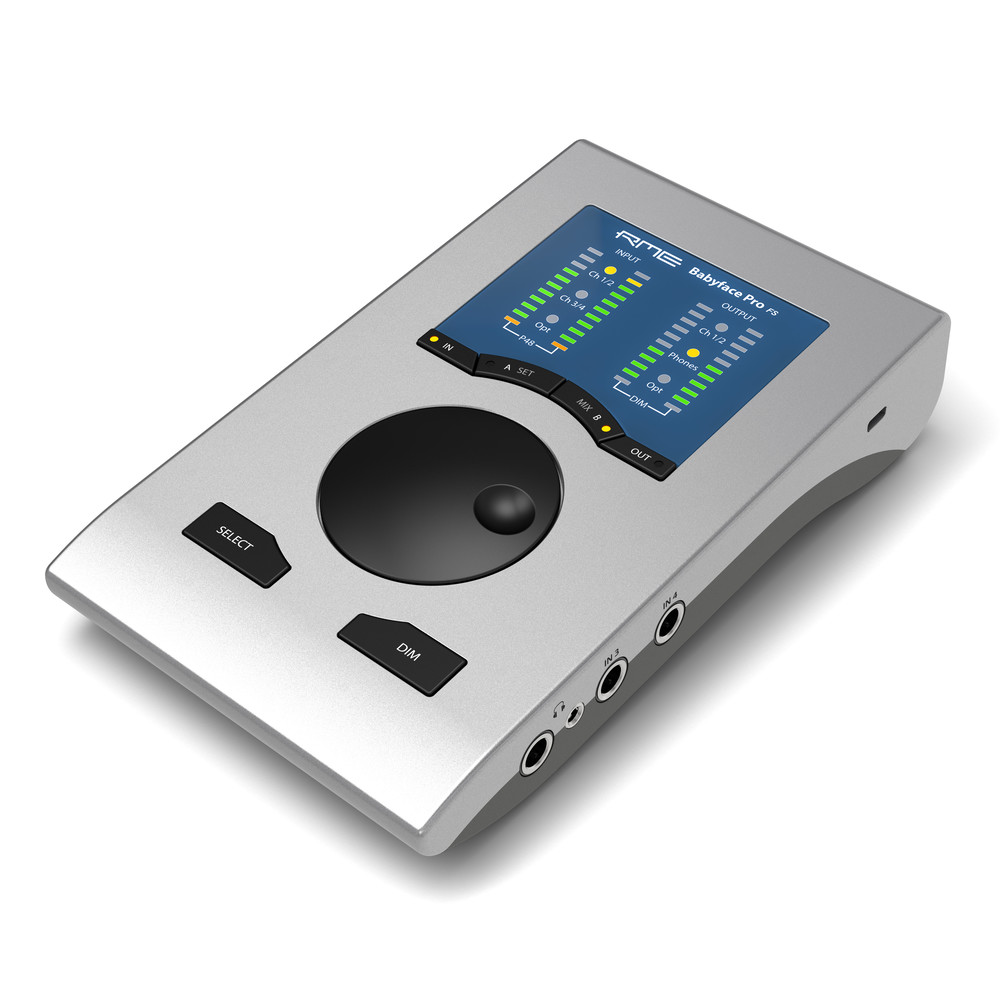 Extensive front panel controls allow for quick access to features such as selecting inputs and outputs, Dim and 48v phantom power, and the large encoder wheel provides smooth and accurate control over levels and gains.

Further connectivity includes 2 x Instrument/Line inputs for instrument recording; 1 x MIDI I/O via an included breakout cable; and optical ADAT I/O for expanding the channel count with up to 8 x additional I/O, when connected to an external AD/DA converter or microphone preamp.

A dedicated +19 / +4 dBu switch on the underside of the interface allows you to reduce the main output level (and improve the SNR values) when using sensitive active monitors, and a Kensington lock port provides a level of security against theft.