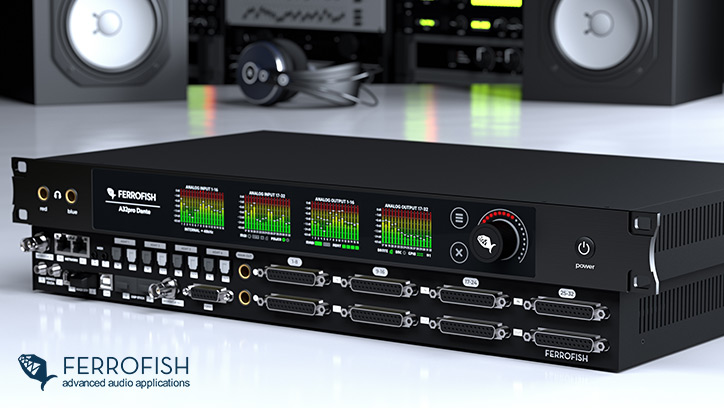 Quickly becoming some of the most popular converters in their class, the A32 Series combined 32 channels of high-quality A/D and D/A conversion with a variety of digital audio I/O options, alongside comprehensive front panel level metering and remote-control, all in a single 1U housing.

Based on a new modular hardware platform and featuring the latest generation of A/D – D/A converters from ESS Tech, the new A32pro and A32pro Dante continue Ferrofish’s tradition of designing reliable, transparent audio devices with high-channel counts, operating at up to 192kHz sample rates and 24Bit depth.

Alongside a newly-designed all-black finish, the Ferrofish A32pro and A32pro Dante feature updated front panels with touch-screen controls, making navigation and control over both device easier than ever before. The addition of a main TRS output and dual headphone connections offers maximum monitoring and recording flexibility, whilst a new GPIO connection provides extended remote-control functionality.

Packing an incredible amount of connectivity options into a single 1U frame, both the Ferrofish A32pro and A32pro Dante each feature 32 analogue inputs and 32 analogue outputs on fully balanced DSub25 connectors (Tascam pinout).

On the digital side, both devices have support for up to 64 channels of MADI I/O via dual SFP slots, which can accommodate either optical or coaxial MADI SFPs, and can be run in tandem for added redundancy. Up to 32 channels of ADAT optical I/O is provided in each direction, with the option to alternatively use one of the connections for S/PDIF optical I/O.

The A32pro Dante also supports an additional 64 channels of I/O via Audinate’s popular Dante networking format, making it easy to integrate the Ferrofish A32pro Dante with any existing Dante network, and providing another layer of fail-safe protection (alongside the included MADI and power switchover capabilities) using a redundant Dante network. 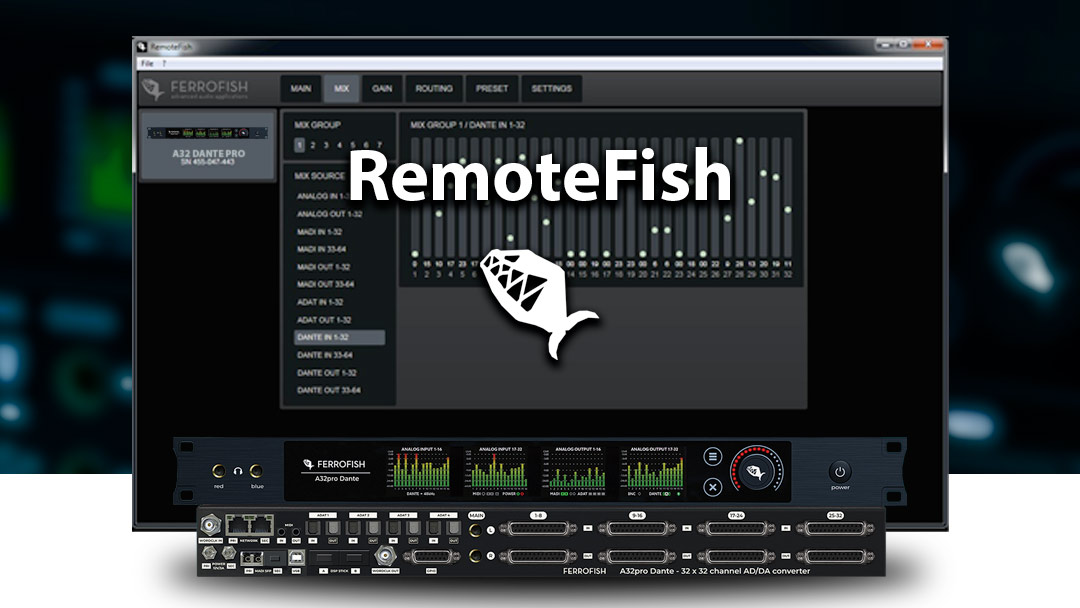 With its wealth of I/O choices, the new Ferrofish A32pro Series can also operate as a highly flexible digital audio format converter and signal router.

Audio signals can be freely converted between all analogue and digital formats – and simultaneously routed to multiple destinations in blocks of 8 channels – allowing for use in a wide range of professional audio applications.

Multiple Ferrofish units can be connected in series – providing an incredible number of audio channels in a comparatively minimal amount of rack-space – whilst redundant power supplies ensure the reliability necessary for ‘mission-critical’ applications.

As with its predecessors, the new A32pro Series features a high-quality front-panel TFT display, providing on-board level-metering for all 32 input channels and 32 outputs channels simultaneously.

Front-panel control is both intuitive and user-friendly, with the new illuminated, touch-sensitive encoder providing control over all aspects of the device – such as gains, output levels, routing, monitoring and clock settings – alongside the (also-touch-sensitive) display.

Any incoming or outgoing audio signal can be monitored directly from the front of the device, via either of the two independent on-board headphone outputs.

RemoteFish – a free software companion app available from the Ferrofish website – allows for complete control over single or multiple Ferrofish devices, including all inputs, outputs, monitoring, routing and settings. 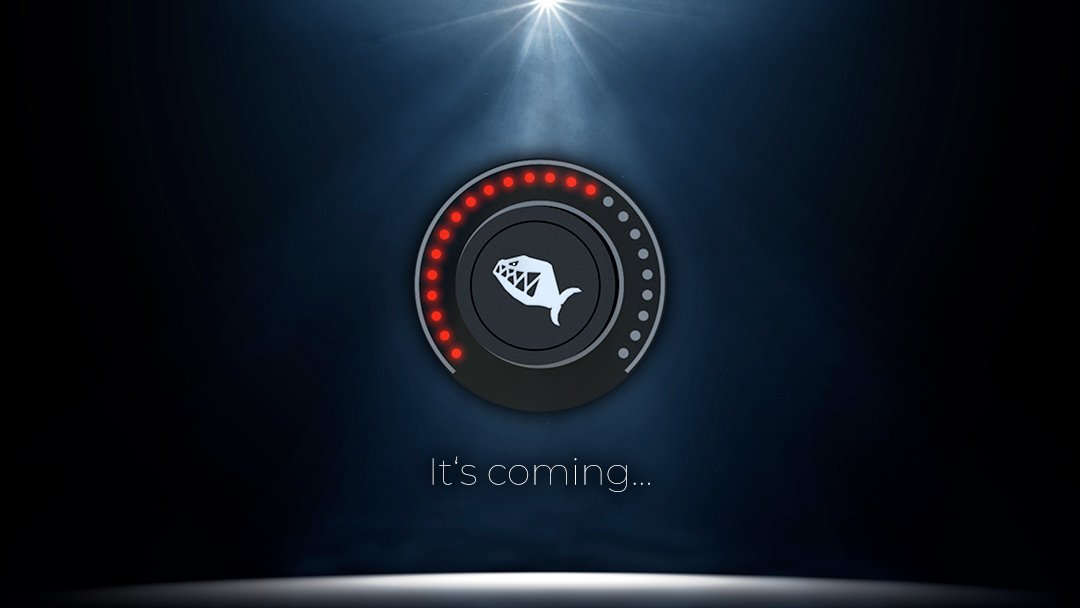 The Future of Audio Conversion

Representing the culmination of Ferrofish’s extensive R&D developments over the last five years, the new A32pro Series embodies the natural evolution of the company’s cost-effective and highly flexible A/D-D/A converters.

The Ferrofish A32pro and A32pro Dante are available to pre-order now, with shipping expected to begin in April 2022.