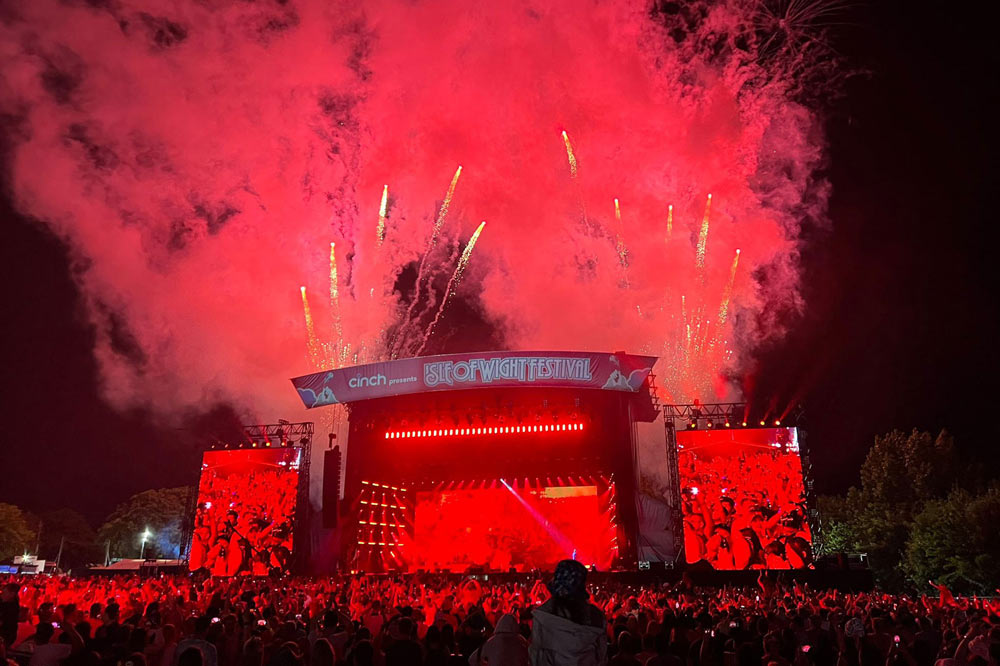 Paul Docherty of TenThirty Creative discusses incorporating the DirectOut PRODIGY.MP into the playback systems of the “Someone You Loved” singer’s summer shows.

With appearances scheduled at some of the biggest festivals across the UK and Europe – including Isle of Wight, Parklife, TRNSMT and Latitude – Lewis Capaldi’s 2022 summer schedule required equipment that would endure the rigours of touring whilst being flexible enough to be ready for whatever the festival site throws at the crew.

Playback systems are an important piece of the live performance jigsaw. Modern large-scale live shows often include additional musical elements and complex effects changes to increase the production value of the show. As such, the systems designed to power these extra elements need to be rock-solid and ready for every eventuality – whether this be signal issues or power failure.

Playback engineer Paul Docherty’s search for the right fit came in the form of the DirectOut PRODIGY.MP, a modular multifunction processor designed to be as flexible as it is powerful whilst withstanding the increasing demands of the pro audio world.

“My main goal was to have redundancy for both backing tracks and keys on the input side” comments Paul while finishing the preparation of the racks “and, based on my experience on previous pop tours, I wanted a system which also offered conversion to different digital and analogue outputs. You could be at a festival or at a stadium one day, and at a radio station the next day. So in my head I was thinking, I want a sort of Swiss Army knife…” 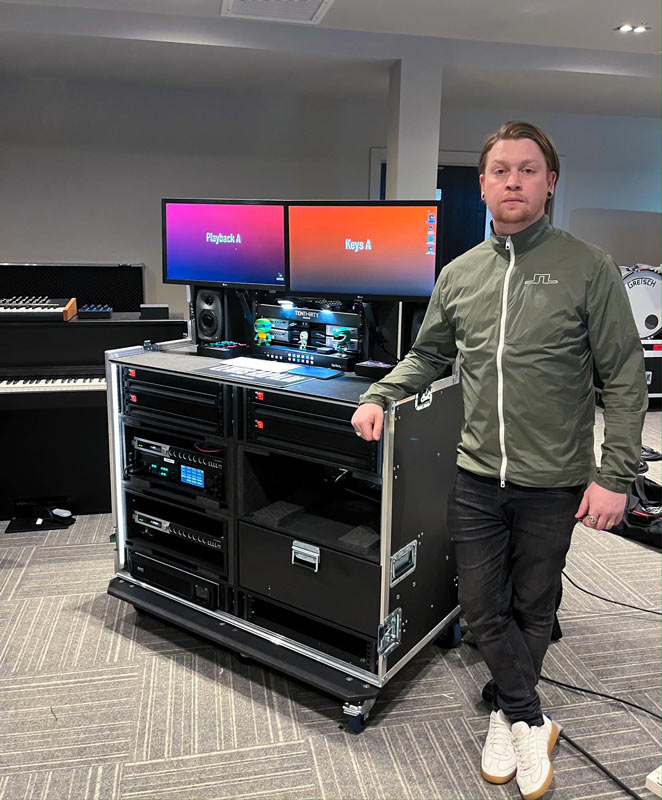 “You could be at a festival or at a stadium one day, and at a radio station the next day. So in my head I was thinking, I want a sort of Swiss Army knife…”

Paul Docherty has been a long time user of DirectOut solutions, having worked with the original ANDIAMO AD/DA Converter, as well as the EXBOX.BLDS and EXBOX.MD. The EXBOX.BLDS has long been a popular pick for playback rigs, allowing for automatic, transparent changeover between two sources of a redundant rig. Likewise, the EXBOX.MD has become popular for similar reasons. Primarily used for MADI to Dante conversion, the EXBOX.MD can also be employed as a redundancy switch for use in any Dante audio network.

Being familiar with the EXBOX.MD meant it was Paul’s first port of call when planning the tour’s gear. With 32 channels of backing tracks and musical elements on top of 32 channels of keyboards, one solution considered was two EXBOX.MDs and external AD/DAs that would take care of conversion.

However, in large scale tours, size and weight is everything. With large productions travelling with a vast amount of equipment, all packed into flight cases, saving on space is vitally important. This meant that the EXBOX.MD solution was not the right fit.

“It was a lot of rack-space. More than I had available” Paul recalls, “there would have been two 4RU racks: one for playback, one for keys. Not to mention the quantity of external in-line PSUs.”

After discussing his needs with DirectOut, they found that they had just the tool for the job. The PRODIGY.MP is a modular, 2RU device that could serve as the all-in-one centre of the tour’s playback rigs. This was a product that Paul had not been considered as he didn’t appreciate how flexible and versatile the PRODIGY.MP can be.

“DirectOut turned my attention to PRODIGY.MP,” he starts, “but I had only ever seen it as a tool for processing, PA tuning, recording or things like that.”

Given its modular design approach, the DirectOut PRODIGY.MP offers the flexibility to perform outstandingly in a wide range of applications across live sound, broadcast, installation, and studio. A wide range of modules can be installed within its 2RU chassis, making the PRODIGY.MP ideal for Paul’s playback rigs whilst cutting down on the valuable rack space available.

“I could have two Dante modules, which would provide 32 channels each for two separate redundancies. I could have 32 channels with redundancy for tracks on one Dante module, and another 32 redundant channels for instruments on the second module,” comments Paul. “Along with that, I could have my choice of outputs, whether they would be Madi (BNC and SC fibre) and analogue… the options were endless. And all of it in this one 2U rack.”

“…the options were endless. And all of it in this one 2U rack.”

The PRODIGY.MP proved to be the perfect fit for the Lewis Capaldi tour, so the production invested in three units for Playback. Whilst two would be used within his two playback rigs for backing tracks and keys, the third would become an invaluable mobile processing device.

“The A rig and the B rig for playbacks are fully racked in a rolling truck system, mainly for Stadiums and Arenas, travelling on the trucks; while the C rig will always be carried by me, which we like to call the floater system” Paul explains. “The fact that I can fit it in a Peli case is perfect. That’s basically what I use during a pre-show or straight after a show, or if we need to go for radio or TV or whatever”.

A fourth PRODIGY.MP was also added to assist with Front of House. Whilst the units used for playback would be tasked with handling Dante and MADI, the unit at FOH was equipped with MADI and SoundGrid modules, providing MADI to SoundGrid conversion for recording and virtual sound-checking. 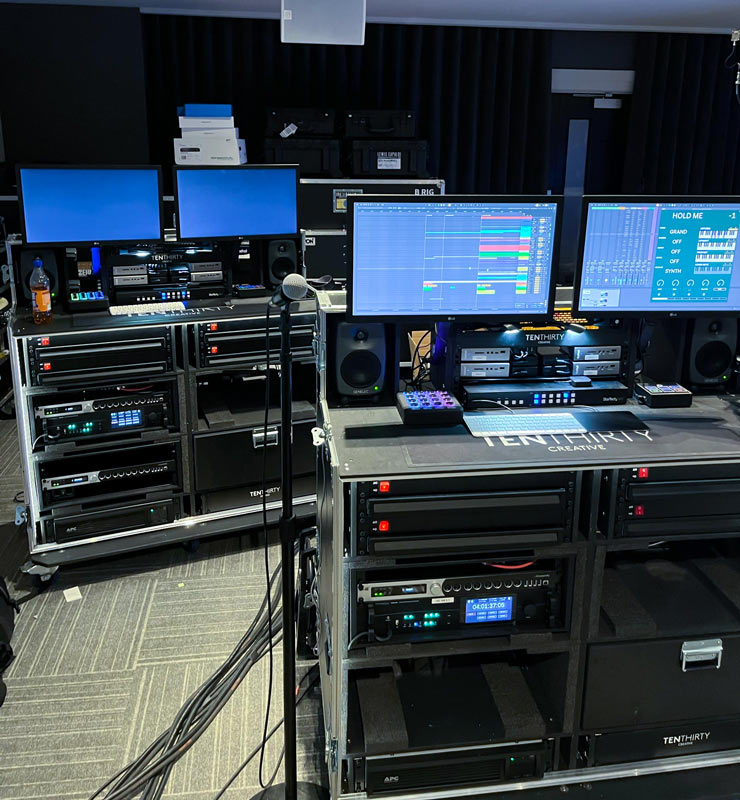 Redundancy has always been a crucial aspect of any live performance. A failure of any system, audio or otherwise, midway through a show is catastrophic, so system designers will always try and build redundancy into rigs to provide security against any kind of issue.

With a team comprising of active sound engineers, DirectOut know all too well the importance of redundancy systems in the pro audio world. This lead to the development of the EXBOX.BLDS, a MADI redundancy switch that became an important aspect of many live audio rigs worldwide.

The EXBOX.BLDS uses DirectOut’s Buffer Loop Detection System™, which helps to quickly detect silence, corrupted input signals or stuttered playback due to system overload. Using the provided software tool, a .wav file containing a low level signal is inserted into the MADI stream when enables a reliable and inaudible switch-over within one sample when issues are detected.

BLDS has been incorporated into the PRODIGY.MP as part of DirectOut’s Enhanced Automatic Redundancy Switching system. EARS is designed to prevent any interruption to the output signal by employing BLDS technology or more traditional pilot tone triggering. With the condition of the trigger signal constantly being monitored on the input, switchover occurs automatically in case of a failure.

Alongside tour dates and festival appearances, it is not uncommon for acts to make television appearances and perform on radio shows. This means that playback engineers and other aspects of the sound crew need to be ready for every eventuality. This includes being ready for changes in audio format and delivery, as Paul discusses.

“It’s okay for us to be told at the start of a touring campaign, that we’re always going to be traveling with the same audio package, so we don’t have to worry about sample rate issues” he starts. “But who knows, I may have to take this to a radio station, or a TV station, or on a show where I’m not afforded that comfort.”

DirectOut’s FastSRC provides low-latency sample rate conversion on all of the PRODIGY’s MADI and audio networking I/O. This offered Paul some reassurance, knowing that his playback systems would be with whatever the schedule might throw at them.

“With PRODIGY I’ll be able to call ‘Internal’ if I have to. All those worries, at least, I know are covered by the PRODIGY, which is great!” 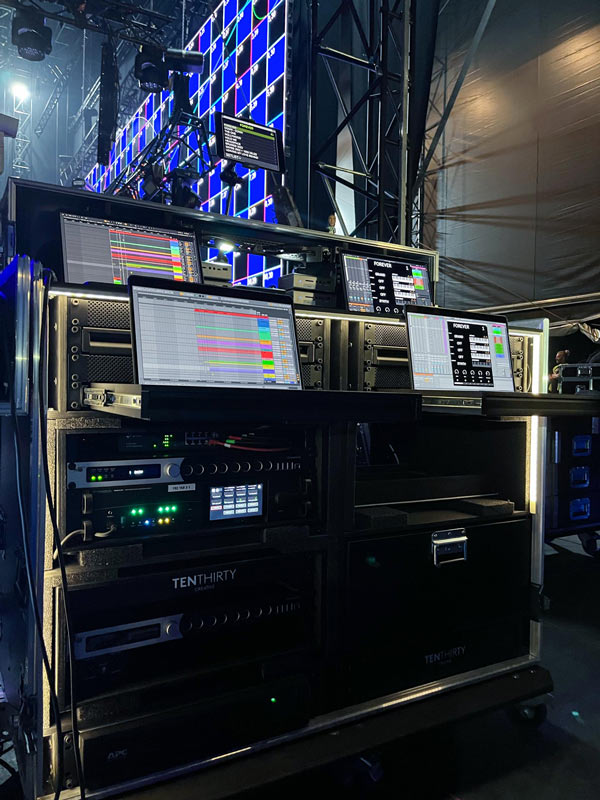 Essential, Advanced, Unlimited – A Software License to Fit Every Need

With sample rate conversion, tons of on-board DSP and an incredibly powerful mixing matrix, there’s no question that the PRODIGY.MP is a powerhouse device suitable for even the most demanding audio situation. For some uses though, simply having access to the mainframe and its customisable modules provides the required solution.

For this reason, DirectOut offer the PRODIGY series with a software licensing model that brings different features at each level, providing a range of options for different budgets. The PRODIGY Series licensing is available in three different versions.

It starts with Essential, which delivers the PRODIGY without DSP, but with all the switching and redundancy options available.

From there, PRODIGY.MP Advanced brings powerful DSP capabilities to the device. This includes Dynamics, Delay and EQ effects, as well as input management tools, flex channels and up to 16 Mix Matrices for freely assigning DSP to channel groups.

Finally, PRODIGY.MP Unlimited takes the incredible DSP capabilities of Advanced whilst giving access to all future options and licenses, meaning your PRODIGY device is ready for any improvements DirectOut make down the line. Software licensing means that if your needs change, so can your license, meaning access to DSP is only a matter of clicks away when required.

For Paul’s needs on the Lewis Capaldi tour, PRODIGY.MP Essential was ideal. Being able to use the PRODIGY for his particular needs and not have to pay for DSP that will never be used meant that the devices were more affordable than he had thought.

“I bought the license without DSP because all the mixing and everything like that is taken care of by the audio world” Paul comments. “I couldn’t really see any need for me to use DSP from where I am as a playback engineer. But I can always go back, and update it, if I need to.”

In closing, Paul shared his belief that the PRODIGY.MP could see a shift in the design of Playback rigs: “I do think that playback techs will start looking at a system like the PRODIGY to travel with. You can have it in a 2U rack and a Peli case and have it as hand-carry on a commercial airliner if needed. And I think that, under the usual budgetary restraints, I would be doing the same and just taking it everywhere with me.”

“I think what’s been important for me is that people at DirectOut are very open to listening to our thoughts on how a system is operating and how it could potentially be better. Not a lot of companies will take that on board and then actually develop it. One thing about DirectOut that really impresses me is that this does actually happen.”