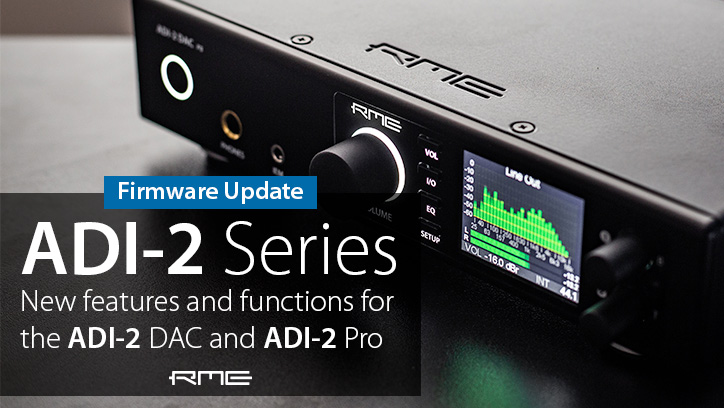 RME has released the latest firmware update for the ADI-2 DAC and ADI-2 Pro AD/DA converters. Featuring new functions and building on the already comprehensive feature-set of both units, the latest release brings an expansive list of new additions to the DAC and Pro. Alongside small usability tweaks comes brand new features like the ability to change EQ presets from the remote control, full USB Loopback and even all-new analyser colour options.

To mark the latest firmware release, RME released a video highlighting some of the improvements the update would provide users, which you can watch below. Read on to find out some of the big new additions coming to the DAC and Pro via the update.

A full list of the new additions, as well as background information provided by head designer Matthias Carstens and download links can also be found on the RME forum. 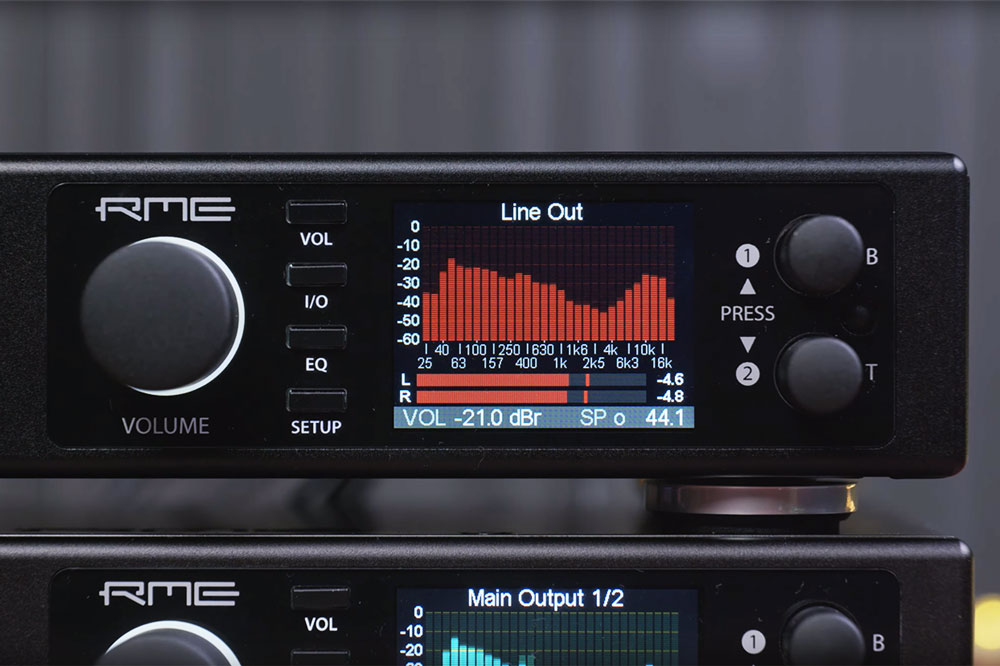 The new firmware update for the DAC and Pro features a heap of enhancements to the user experience.

A brand-new Balance screen has been redesigned to work similarly to the main volume screen. Now, the left and right balance is shown in big letters which makes it far easier to make adjustments from a distance.

Auto Standby is also now available, switching the unit off after 30 minutes of inactivity. When using AutoDark – which turns off the main display after several seconds – Auto Standby is especially useful given that the unit may already appear to be in standby.

New analyser colour choices have been added to both the DAC and Pro too. Alongside the amber, cyan and green options, a brand new red and monochrome colour schemes have been included in the latest update. What’s more, these colour options are saved to each individual setup, making it possible to know which setup you are using just by the colour of the analyser.

It is now also possible to lock all controls apart from the volume encoder, perfect for scenarios where you don’t want to be able to inadvertently change any settings on your unit. Unlocking the unit is simple; just hold down Encoder 1.

The DAC and Pro’s 5-band Parametric EQ has been further improved with the ability to load the settings of the individual Bass and Treble controls within EQ presets. The Bass and Treble levels now also appear on the EQ graph. This offers users of either device further flexibility when it comes to shaping sound to their individual taste.

Thanks to a new remote remapping feature, it’s now possible to change your EQ setting from the comfort of your seat. The Remap Keys dialogue now includes the option to map Parametric EQ presets to any of the buttons on the RME Multi Remote Control. 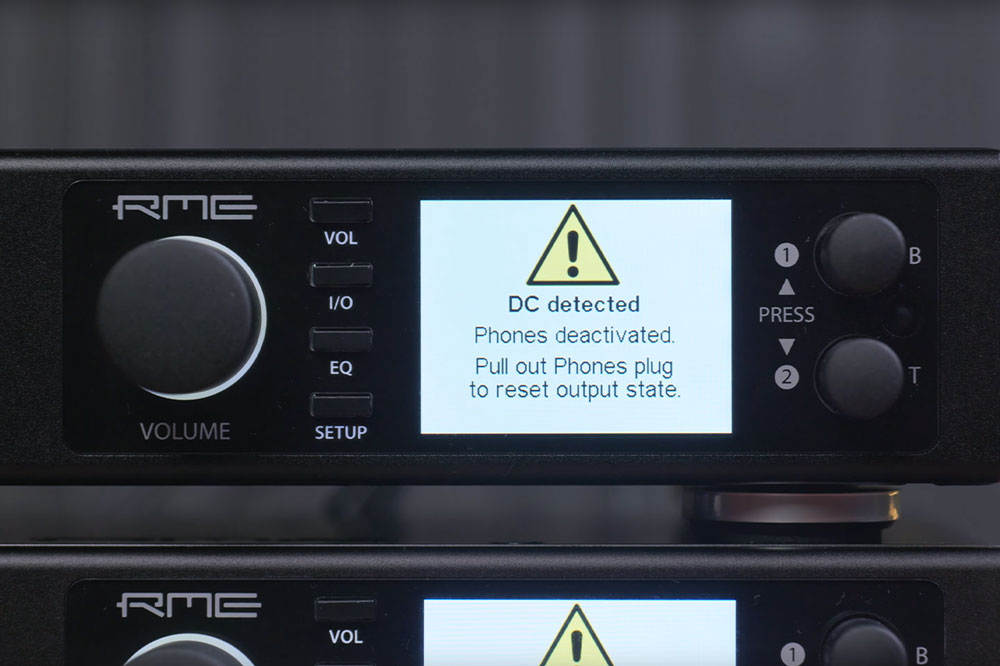 Amongst the technical improvements offered in the latest firmware is Digital DC protection. During their research for this new function, RME found that a large amount of music features a large amount of DC in the signal. The effects of this DC component can range from slight distortion to destruction of headphones. The new Digital DC Protection deactivates the outputs when a DC component is detected in the input signal and reveals a warning message. This protects sensitive headphones from damage. Once the headphones are removed and the DC signal is no longer present, the outputs become active again.

For users of the ADI-2 Pro, a brand-new selectable DC Filter is also available, giving you multiple filtering options for the input signal. This includes the filter available on the AD converter, as well as RME’s own method for filtering DC signals.

Full USB loopback functionality has now been added to the ADI-2 Pro too, sending the output signal to the USB recording side for use with RME’s Digicheck NG. This is possible on up to three different stereo channels. This signal can be sent to the USB pre or post FX and it is also possible to use Loopback at -6dB to avoid signal overload. The -6dB option has also been added to the ADI-2 DAC.

Loopback includes all effects available for Main Output 1/2 and Phones 3/4, including Mono, Width, M/S-Proc, Phase Invert and Crossfeed, as well as EQ, Bass and Treble and Loudness.