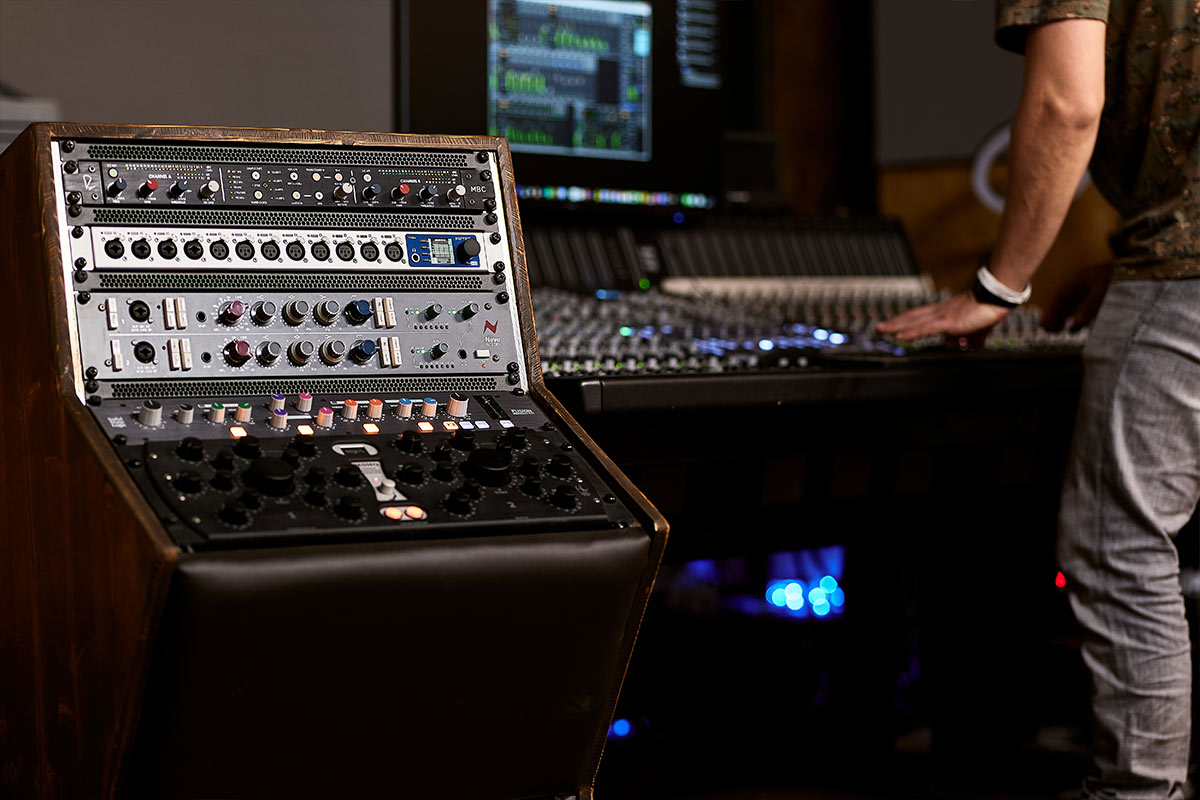 RME announces the release of the 12Mic-D, a new version of the 12Mic microphone preamplifier with Dante® network connectivity.

Introduced in 2020, the 12Mic with AVB technology has already set new standards in numerous application fields and received several awards as the new reference for microphone preamps. Now with the new 12Mic-D version, RME responds to the high demand from users who want to integrate the 12Mic into existing Dante systems.

By including Audinate’s Dante IP Core on a custom built RME FPGA platform, RME is not only delivering a highly flexible solution, but also gets one step closer to achieving a truly universal Audio Networking experience.

Visually, the 12Mic-D is almost identical to the 12Mic (with 128 AVB channels), which is also still available. Both units have 12 analogue XLR inputs (four of which are XLR/TRS combo jacks featuring switchable Hi-Z) with up to 75 dB gain and an exceptional signal-to-noise ratio of over 120 dB(A) after AD conversion. The intuitive operating concept with front panel display allows users to check and configure these 12 channels directly on the unit, both individually and in groups.

In addition to Dante, the 12Mic-D has two separate MADI connections – with coaxial built into the device as standard, and optical MADI available via an optional SFP module – along with three ADAT outputs and a headphone connection. With the help of a routing matrix, any of the 12Mic-D’s 204 input channels can be individually routed to any of the 218 output channels.

When connected to a Dante network, a combination of both analogue and digital channels (such as connected MADI devices) can be transmitted to the network if required. In return, the 12Mic can receive up to 64 audio channels from the Dante network, which in turn can be forwarded to the headphones, ADAT, and two MADI connections as required.

Full control of the device is also offered via the RME web remote, an intuitive browser-based remote control software which is accessible via the existing network connection or USB. This includes gain groups, preset management, channel names, firmware updates, power supply monitoring and many other features. 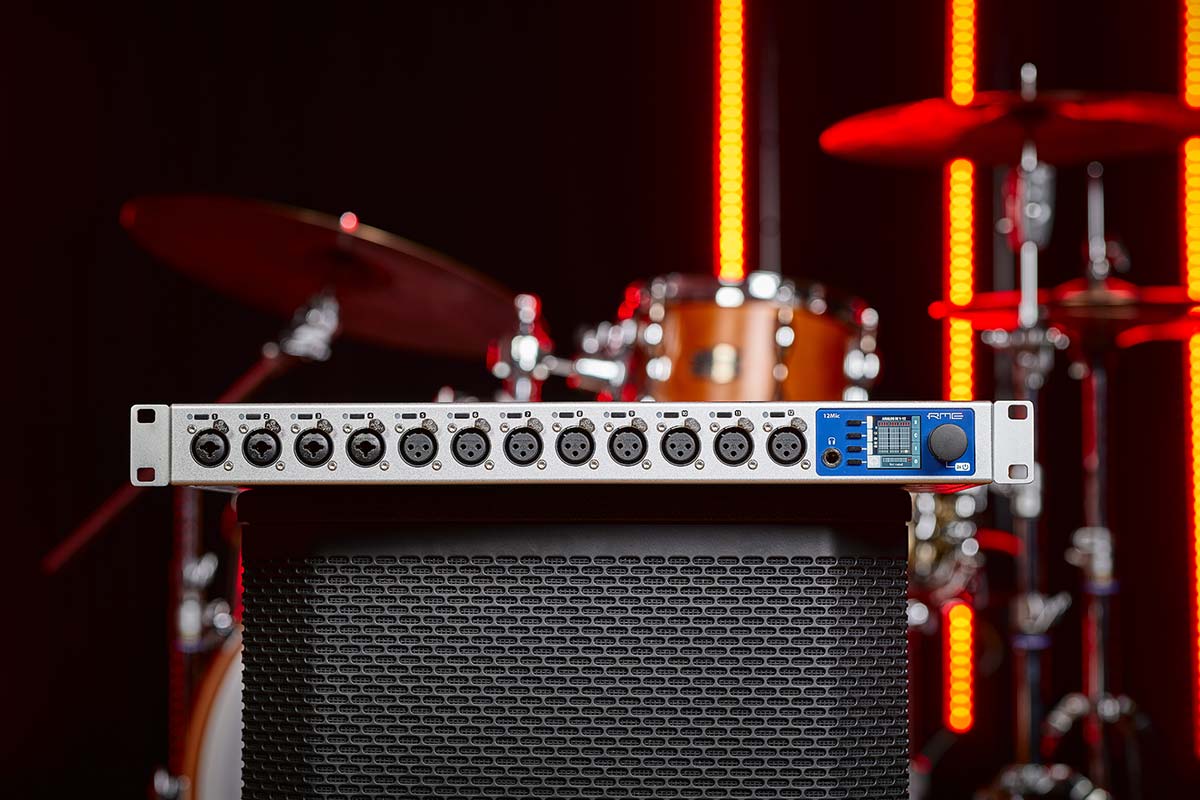 At home on stage – Essential in the studio

The dual power supplies are also fully redundant (100-240 V AC, 12 V DC), whilst simultaneously providing an option for battery-powered mobile recording. And with its lockable front panel, plus the option to switch off all light elements (“Dark Mode”), the fan-less RME 12Mic-D reliably meets the highest professional demands on stage and in the studio.