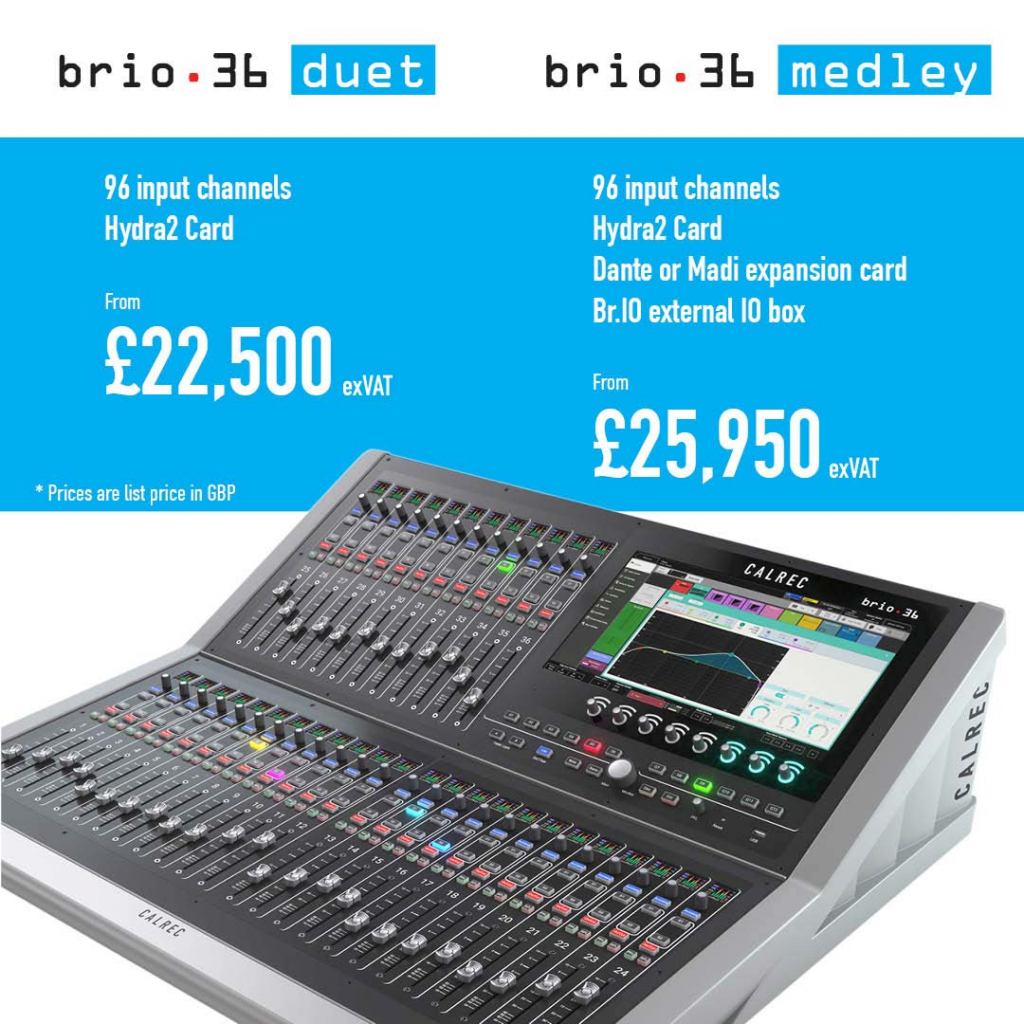 Hebden Bridge, 14th May 2021 — Underscoring its commitment to offering powerful market-leading consoles, Calrec is announcing enhanced versions of its popular Brio console with the Brio Duet and Brio Medley packages, which offer greater channel counts and expanded connectivity as standard, and at an even more competitive price.

Brio is a plug-and-play broadcast console with no DSP sharing so all facilities are available all the time, making it very flexible. It slots into any broadcast workflow and is easy to drive and learn. Brio is fully loaded with dynamics and delay on every path. Its powerful feature set includes a huge internal router, multiple monitor outputs, comprehensive built-in I/O, plus it’s expandable for future growth.

As Sound Engineer Paul Cutler said last year after mixing Captain Tom Moore’s 100th birthday celebrations for a live broadcast, “I had never used a Brio before, but it was so intuitive that I took delivery, installed, set it up and mixed the broadcast in a matter of hours. It is amazing to use; so simple I was adding auxes on the fly and had no concern about adding any facilities. Plenty of ins and outs, huge capacity and a user interface that’s beautifully laid out and a joy to use.” 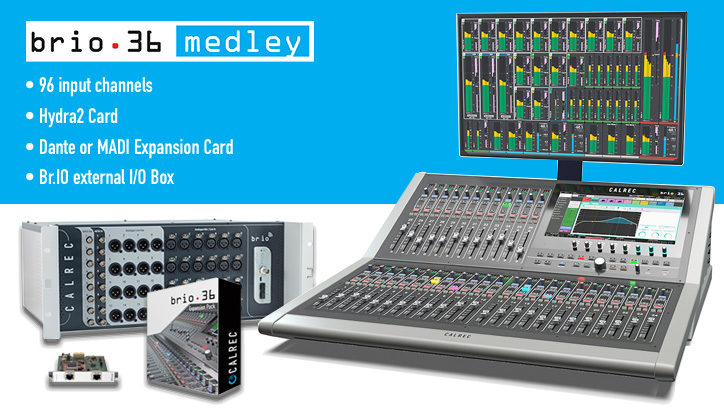 Calrec also recently announced the launch of a free educational training module for mixing live broadcasts in Dolby Atmos® using the Calrec Brio console. The need to train people on how to mix in Dolby Atmos has grown rapidly through increased demand from service providers who want to deliver their live events in Dolby Atmos. These training modules explain how to create and monitor immersive mixes with a variety of inputs quickly and easily on Calrec’s cost-effective Brio console.