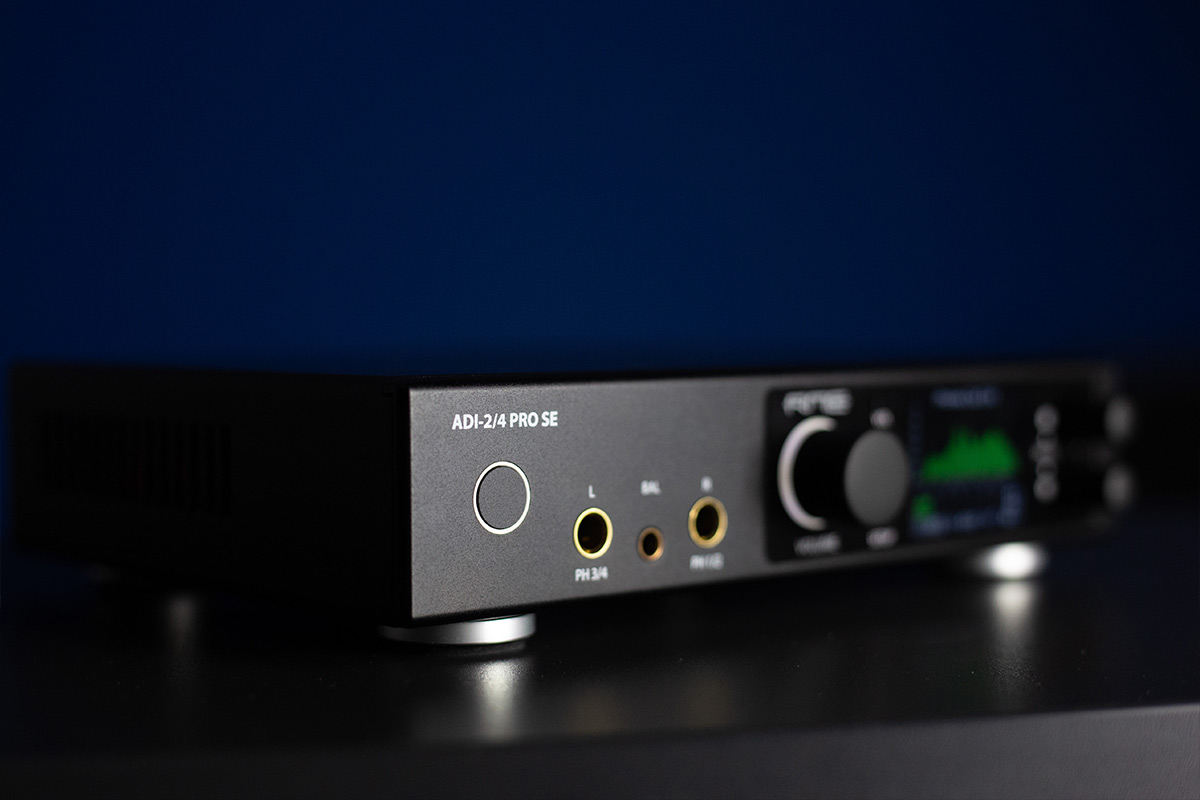 If you’re a fan of high-end audio, you’ll no doubt already be very familiar with RME’s ADI-2 Series. An award-winning range of AD and DA converters with reference-class sonics, the sound quality alone was enough to make the world of high-end audio stand up and take notice.

” I have never come across a DAC beneath a grand that offers so much…
…this is just an absolute stellar bargain. ” John Darko 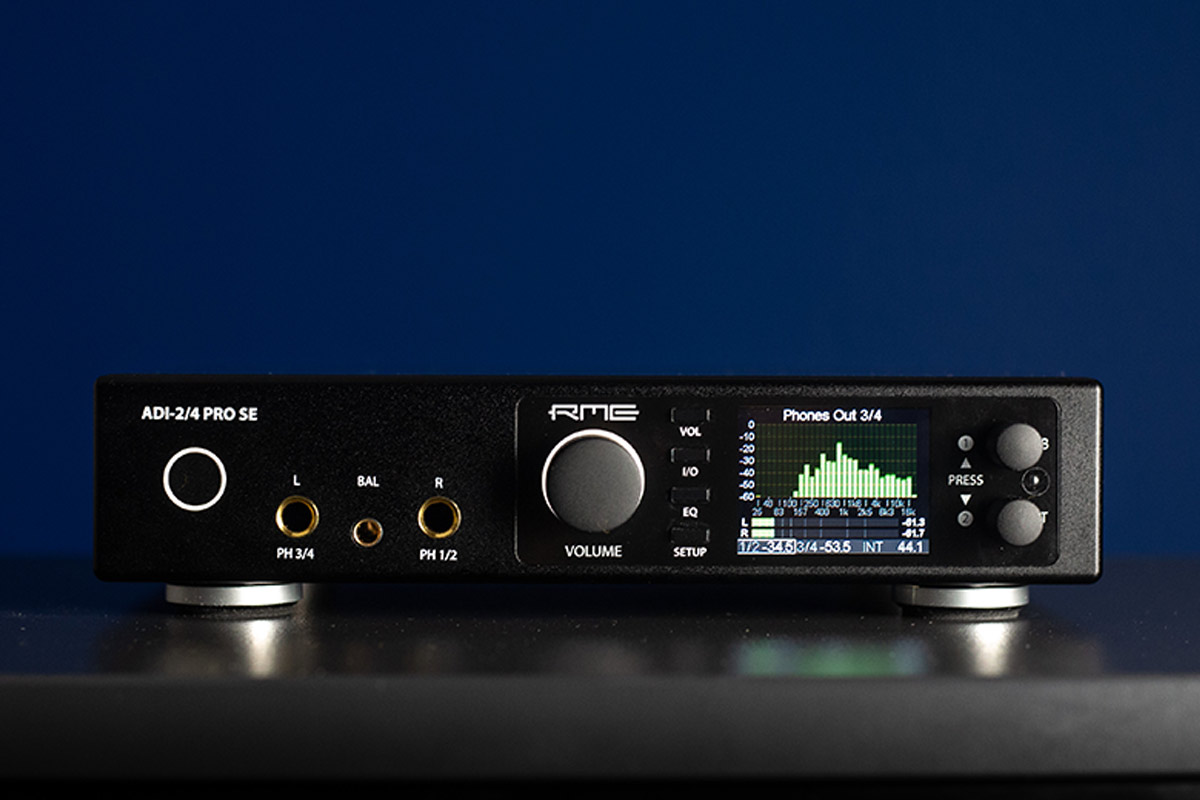 Earlier this year, visitors to the Superbooth and Munich High-End shows in Germany were treated to a sneak peak of a new upcoming addition to the range, a 4-channel model currently titled the RME ADI-2/4 Pro Special Edition.

(It’s worth noting that this new version is not intended to be a direct replacement for the ADI-2 DAC FS or Pro FS R, both of which will continue to be available.)

And it is our pleasure to confirm that we’ll have the prototype available to try out at CanJam London 2022, alongside the also newly announced RME DPS-2 Dual Linear Power Supply (and long-standing favourite the RME ADI-2 DAC FS).

Due to this new version still being in its infancy, full details and specs are currently still being kept under wraps, however we’re super excited to be able to show it for the first time in the UK.

If you’d like to be one of the first to test out the ADI-2/4 Pro SE for yourself, join us at CanJam London 2022, where we’ll be sharing a stand with a couple of other German pro audio specialists – HEDD Audio, who will be exhibiting their HEDDphone Air Motion Transformer audiophile headphone, and Zähl who will be showcasing their HM-1 Headphone Amplifier.

Tickets are available from the CanJam website. We hope to see you down there! 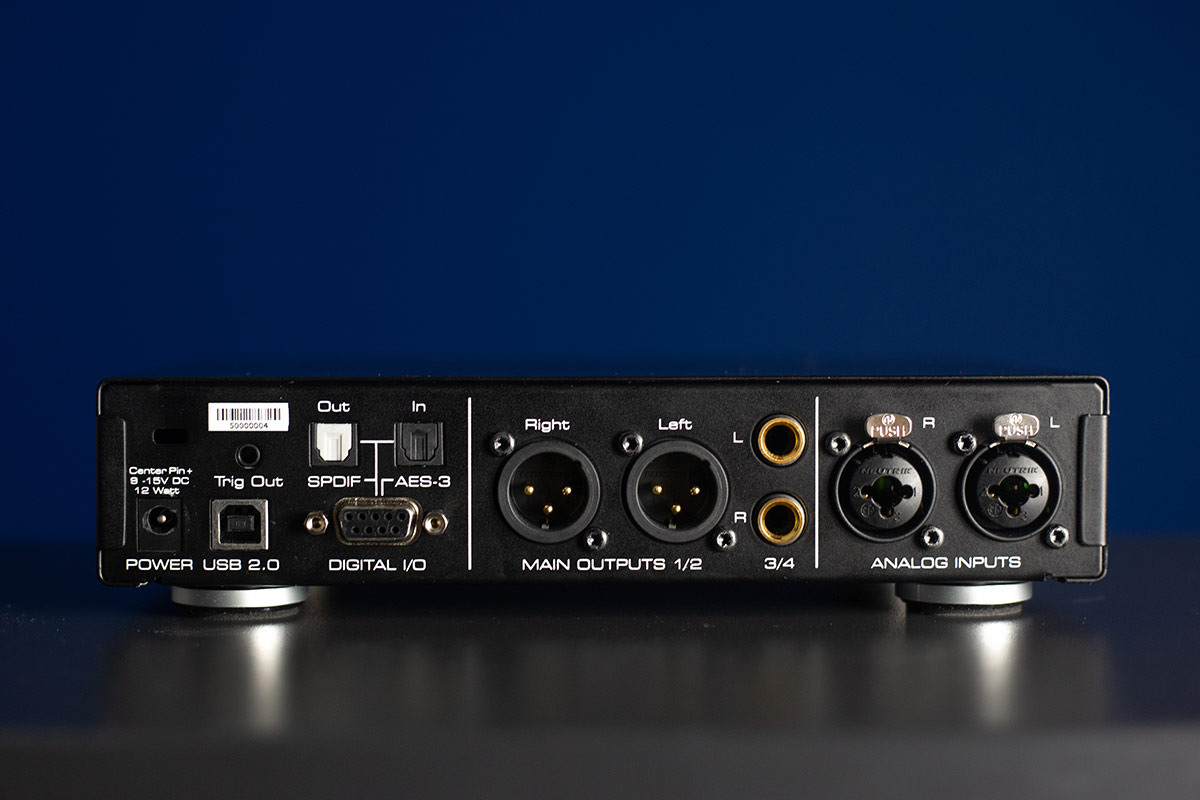 The most immediate new feature of the ADI-2/4 Pro SE is the addition of another discrete pair of balanced line-level outputs. This means the XLR and TRS outputs operate independently of one another – something that will be of instant appeal to mastering engineers, as it allows for the routing of audio to external hardware effects racks (and back again), along with monitoring the signal pre- and post-FX.

The ADI-2/4 Pro SE also features a dedicated balanced headphone output on the front panel (in the form of a 4.4mm Pentaconn connection), with the output power of the ADI-2/4 Pro SE being increased to 2.2 watts (32 Ohms) per channel, and 3.6 watts for balanced mode. IEMs can also be used directly with any of the outputs, thanks to the incredibly low-noise performance of all outputs.

As is often the case with RME, many of the new additions are performed ‘under the hood’, with the circuitry and electronics refined to an even further stage than that of the Pro and DAC models (including 21 relays and 8 electronic switches). In comparison with the Pro model, the housing is 3 cm deeper, a necessary change due to the many additional components.

Other additions include a 12v Trigger Output for switching other equipment in a Hi-Fi setup (that features a ‘Trigger In’) on and off; and additional DSP power. It’s not currently clear what this extra DSP will be used for, but since the ADI-2 Series has regularly been updated with new features via a series of ongoing firmware updates, we’re sure this trend will continue with the ADI-2/4 Pro SE. 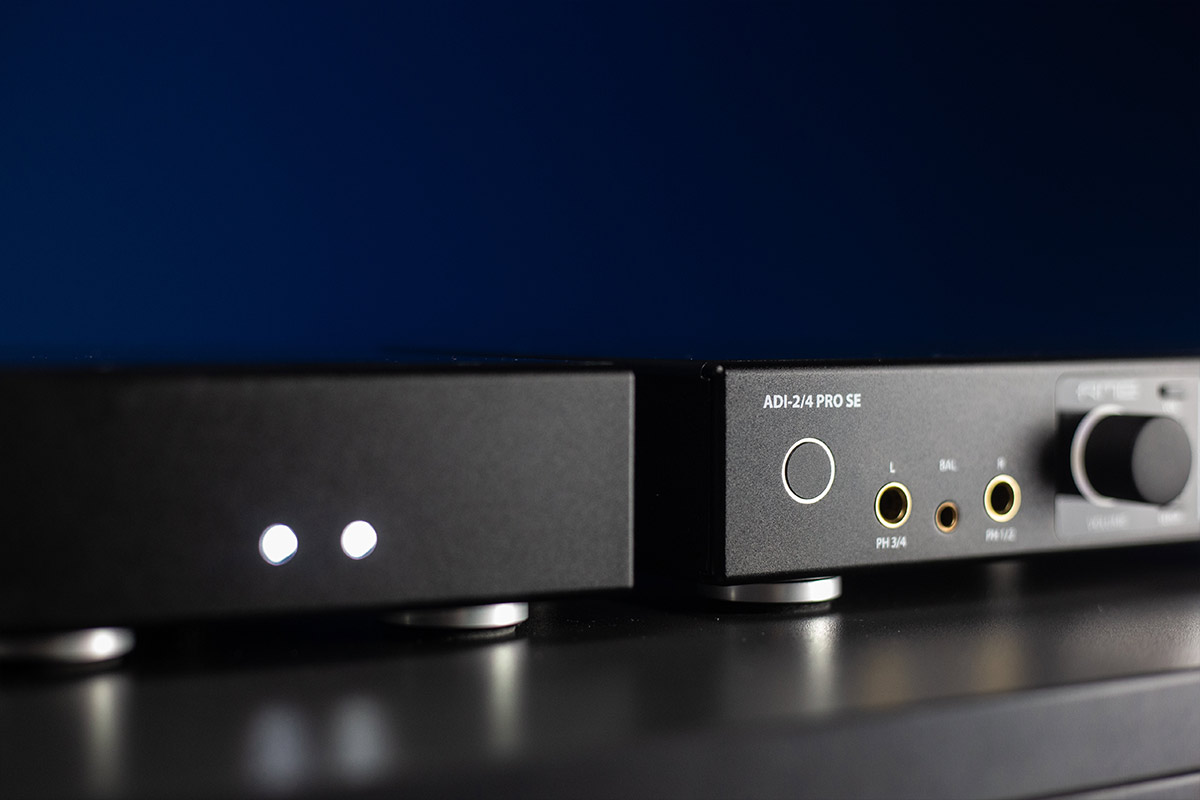 Alongside the news of the ADI-2/4 Pro SE is that RME have also designed a linear power supply, which we’ll also have with us at CanJam.

On the subject of the ADI-2/4 Pro SE’s power supply options, RME’s Head of Design Matthias Carstens provided us with the following preliminary information.

“Due to the high output power of the two headphone outputs, and the generally slightly higher power requirement of the device, we will not be supplying the ADI-2/4 Pro SE with the previous (24 watt) PSU, but with a 40 watt power supply,” says Matthias.

“The SE uses 21 (!) relays, 3 of them alone for the Phones Balanced implementation, plus 8 electronic switches. Power consumption is significantly increased. Astonishingly, the SE still works with the previous 24 watt PSU even in balanced mode with full headphone power. The 40 watt power supply however delivers up to 48 watts without complaining, at 230 V as well as at 100 V, and has an IEC power socket.”

“For hi-fi customers, the DPS-2 is the right linear power supply (toroidal transformer), designed with full RME technology and other special goodies. It has two modes – Path one is called Float, as it uses a semi-fixed Capacitance Multiplier to further clean the output signal.”

“Path two is called Fixed, and uses a switching mode regulator similar to the one in the ADI to generate a very stable 12 Volt. This is then followed by our unique μFilter that cleans the output down into the μVolt range, and means the voltage at the end of the cable is always exactly 12.0 Volt, no matter what load. The voltage drop over the cable is measured at the DC connector and actively compensated (that’s why the shipped cable has 4 wires inside).”

“Stylistically the DPS-2 has the same black profile faceplate as the SE (but is half the width). It also works with all of our other 12 V devices, but it certainly makes the most sense here.”

We’ll have more info on the RME DPS-2 to follow soon!